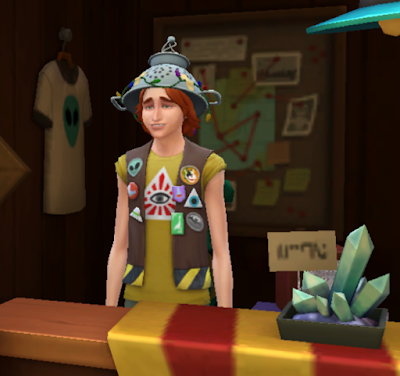 Everyone in Strangerville knows Erwin Pries. He's the crazy geeky guy who runs the Curio Shop, wears a colander with fairy lights on his head, and is forever raving about some conspiracy theory or other. If it's not about the Government, it's aliens. He's always good for a laugh. 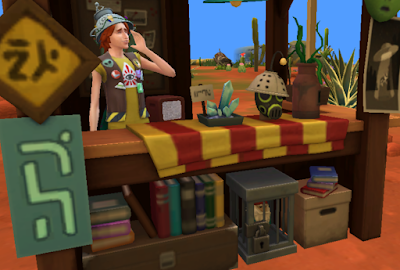 Erwin has lived here all of his life. His residence is a small trailer at Slip 42, not too far from his shop. Its... ahem... interesting lawn decorations, not to mention the small observatory in the rear yard, make it fairly easy to spot. 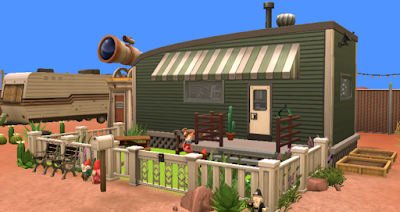 But here's the thing. When it comes to the outlandish stories he shares, Erwin isn't just joking around for the locals' and tourists' entertainment. He totally believes in this stuff. He does his research. (Well, alright, he stays up all night browsing conspiracy forums, but that counts, right?). In fact, he takes it so seriously, that while browsing one such forum one summer evening, he has an epiphany. 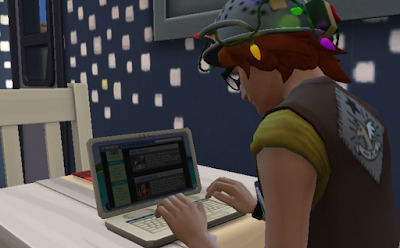 If he wants to be taken seriously by others, he needs to start investigating things seriously. Devote his life to researching aliens in a proper, scientific fashion - just like his childhood heroes, the Curious Brothers. (One rumour says they actually had alien babies, but even Erwin knows that's too crazy to be true.)

Well, he has a BSc he's not making much use of right now, so that's a good start. After arranging for another conspiracy forum member to take over the Curio Shop, he applies for a Lab Technician vacancy he finds on a job website.

The lab is in Strangerville too, so the boss naturally knows who Erwin is, and has some reservations about his outlandish views. Nevertheless, she decides to give him a chance. He can start the very next day - on one condition. That damn colander comes off.

Erwin is reluctant at first, due to his fears about mind control, but in the end, he agrees. With the addition of his new lab uniform, he scrubs up rather well, don't you think? 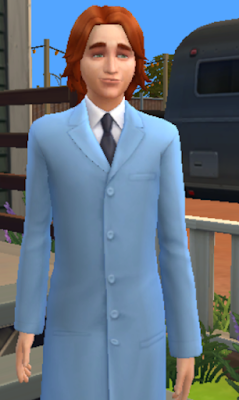 He replaces his evenings on the forums with study sessions about Logic and Rocket Science, and works as hard as he can during the day. Within the week, he's already been promoted twice, and by the month's end, he's become a Technological Innovator. 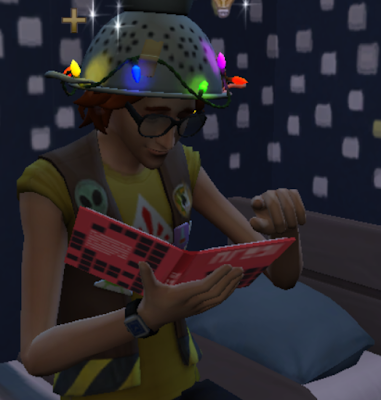 His boss entrusts him with the design of a new satellite for the military: one that can allegedly monitor extra-terrestrial activity. The base wants ten of them to start with. Edwin builds them as instructed, but slips out on his lunch break to make an eleventh, which he deconstructs to smuggle out in his backpack. 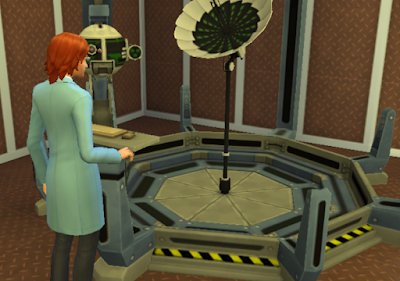 Back home. he sets it up beside his observatory, making use of its alien-calling beacon, and spends the night investigating the stars.

He keeps up this nightly routine for the rest of the week, until... finally... they take notice. As a bright light appears in the sky, Erwin goes out to investigate. 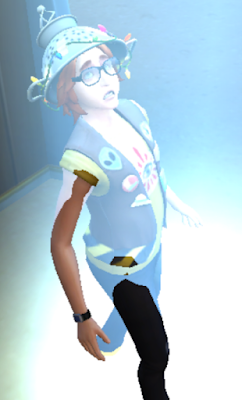 Soon, he finds himself being taken up. 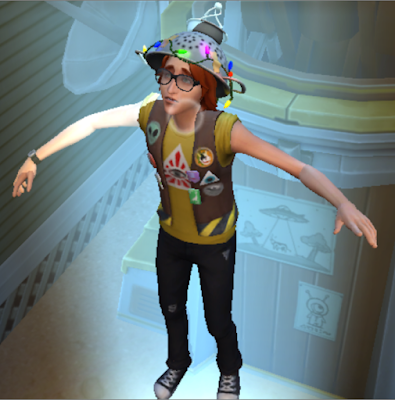 It's already morning by the time he's returned. He's dazed and confused, and not sure what exactly went on up there, but he remembers one thing very clearly.

Aliens! He was right!

Enthused by this development, Erwin becomes all the more eager to explore the stars for himself. Gathering up the scrap dumped around the trailer park, he starts construction of his very own rocket. 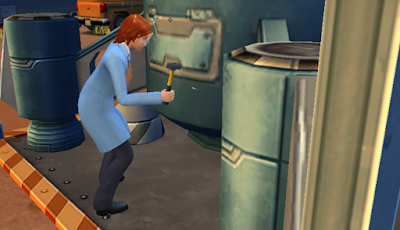 The aliens seem to take this as a compliment. Shortly before the rocket's completion, Erwin is abducted for a second time. 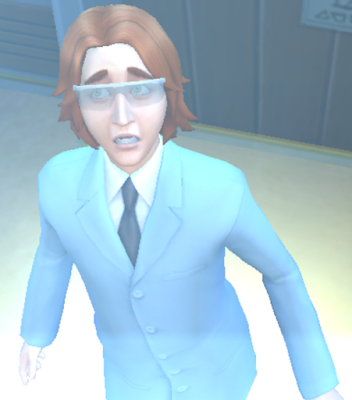 When Erwin finds himself back on Earth, he's dazed, as before... but has vague images of some kind of probe flashing through his mind. As he gets himself some vegetable dumplings for supper - he's pretty hungry all of a sudden - he waits for the dizziness to wear off. 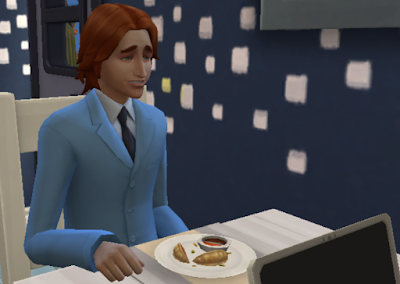 By the time he's cleared his plate, he's a lot more clear-headed. Yet, he still feels a bit... peculiar. Maybe a shower will help?

After scrubbing himself from top to bottom and getting himself back into his everyday clothes, Erwin's reflection in the mirror makes him jump.

His stomach appears to be glowing. 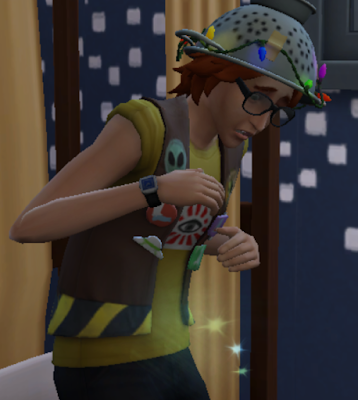 No, Erwin thinks to himself. No, it's nothing. I'm just imagining it.

As the days go by, Erwin desperately holds on to that notion - planting himself firmly in that great Egyptian river. Even his bouts of sickness in the mornings, his increased appetite, and his significant weight gain are dismissed as being nothing to worry about... which isn't like Erwin at all. 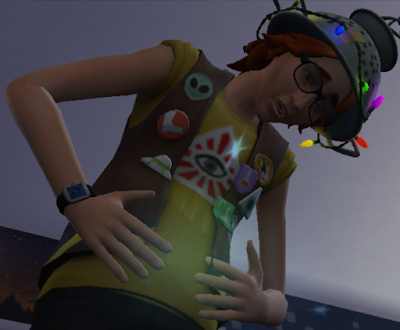 As it turns out, Erwin is being watched... but not by the government, the military, or anyone else who wishes him or his baby harm. In fact, this kindly observer goes to visit Erwin to meet him in person. 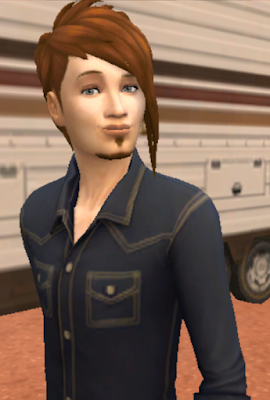 This friendly fellow's name is Tyr Lee Harker, and he's very understanding about Erwin's predicament. After all... he's an alien himself. 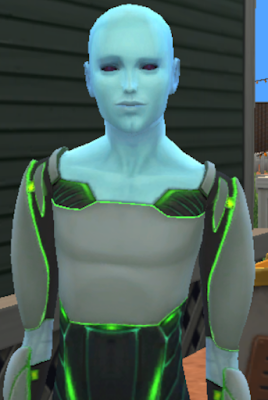 Tyr, however, was not born on some distant star, but on Earth. His parents are both of alien blood, and he has quite a distinguished heritage. His mother Lucy is a descendant of the Thacker-Cresswell line, which boasts a fair few intergalactic encounters, whilst his father Loki (not, not that one) was born of two great families: he has an alien mother from the House of Miskin, and his father is the son of a renowned alien detective.

This same detective, born in similar circumstances to how Erwin's child will enter this world, established an alien support group, along with an underground network to help protect and support men who find themselves carrying extra-terrestrial children. His great-grandson Tyr, among others, continue to keep these running. They've been actively monitoring alien activity in all of the major towns and cities, and have heard whispered rumours about how "that conspiracy freak in Strangerville has really put on the pounds recently".

So, naturally, Tyr has come over to investigate. 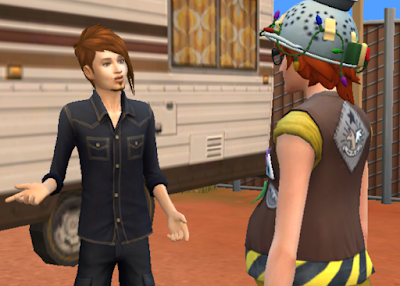 After making introductions and small talk with Erwin, Tyr performs a rather unusual scan of him. 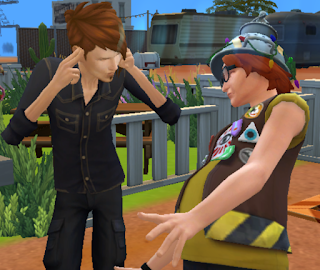 This confirms, once and for all, that Erwin is pregnant, following his "close encounter". Sadly, as Tyr is quick to point out, he couldn't be in a worse location.

Despite their claims about normality to the public, Strangerville is full of government agents and military personnel determined to keep all extra-terrestrial activity under wraps - by any means necessary. Both Erwin and his baby could soon be in great danger.

That is... if they're not already. 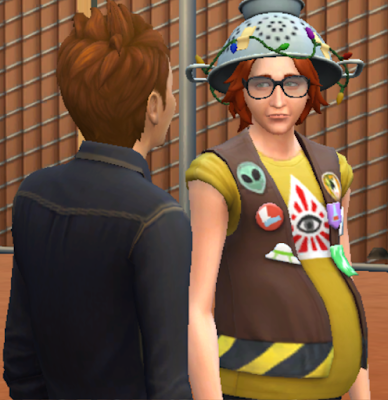 Erwin knows he's right. All the same, it won't be easy to leave town. It's the only home he's ever known. Besides... where exactly is he going to go? And what about the Curio Shop? And his job? And when he does leave, how can he be sure he won't be followed?

Still, he has no choice. With Tyr and the network offering their assistance, it's time for him to head out into the world and build a new life somewhere.

For his baby's sake. 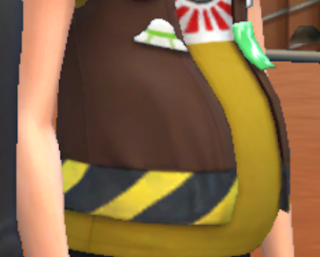