Welcome back once again to the Monster Mansion. We join Poppy outside, as she partakes in her favourite pastime - gardening. 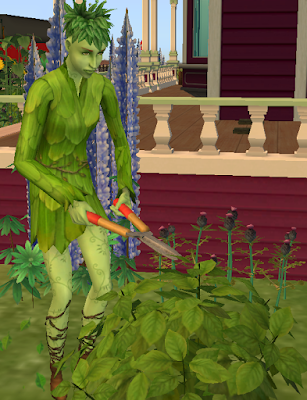 This morning, however, she seems... pensive. Having got into the final three, perhaps she has a last-minute game plan that she intends to put into play?

Well, I'll guess we'll find out as we head off for our next group date - the Crypt O' Nite Night Club! (A very appropriate choice for a group of supernaturals, wouldn't you say?) 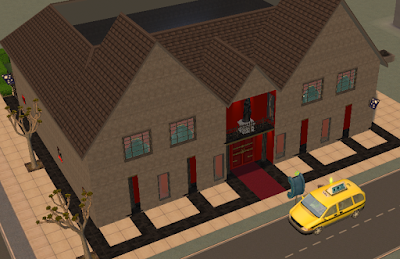 The moment they arrive, everyone heads straight to the dance floor for a good old fashioned Smustle. 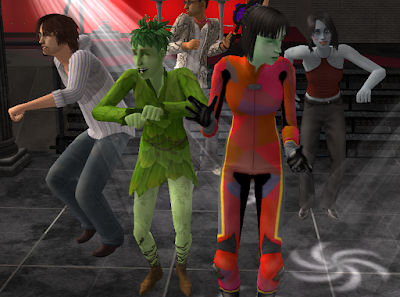 That is, until Alina is jolted to a halt by the sudden sight of Zara and Wesley apparently canoodling with one another. Are they holding hands? 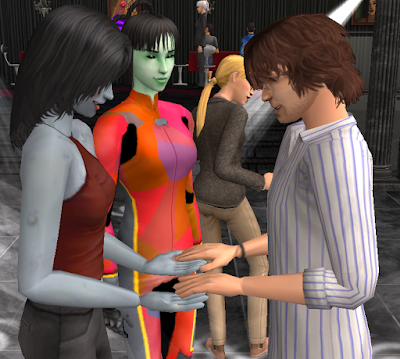 Ah - not quite. They're just playing the slaps game. 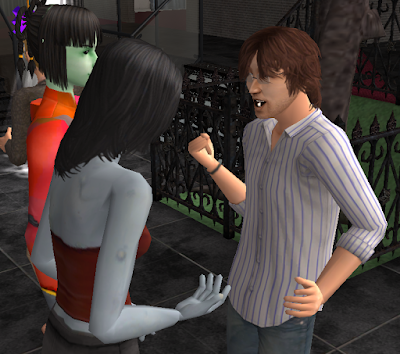 Still, it's a little too close for comfort for Alina. She has a brainwave, and asks the DJ to play something a little more slow and romantic. Perhaps she can pull Wesley over for a private dance? 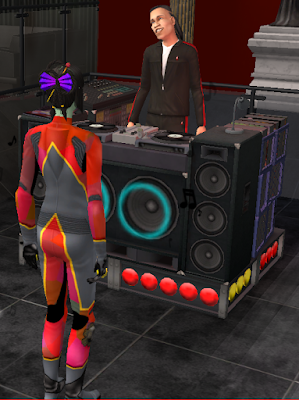 Alas, while she's distracted, Poppy seizes her opportunity- and she, quite literally, isn't pulling any punches. She rough-houses with Wesley and practically flatters his ears off: causing a rapid growth in their relationship meter. But has she left it a little too late? Time will tell. 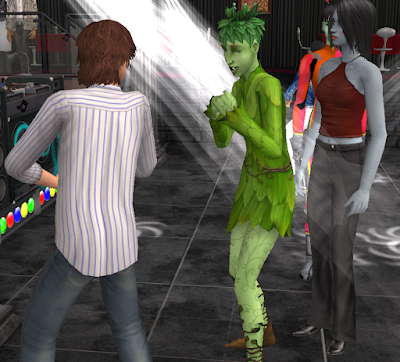 Exhausted from dancing, Wesley suggests the girls sit with him for some drinks and friendly chat. Again, Poppy makes sure she has prime position. 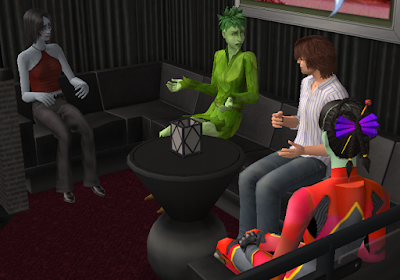 As the moon rises and Wesley undergoes his metamorphosis, the group decide to call it a day. 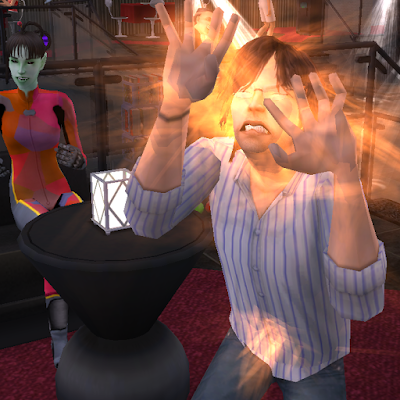 Our bachelor, however, kindly stops for Chinese food on their way home - which they enjoy together in the kitchen in the absence of Sarah's exquisite cooking.

As midnight nears, let's have a quick check of the relationship meter.

Poppy's done well, but unfortunately, not well enough! She is tonight's eliminated contestant, and has to say goodbye.

(I accidentally missed the shot of her entering the Elimination Taxi, but I least I caught our bachelor sending her off with well wishes - not to mention Alina's cocky grin once again.) 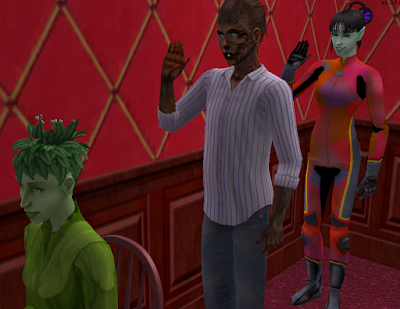 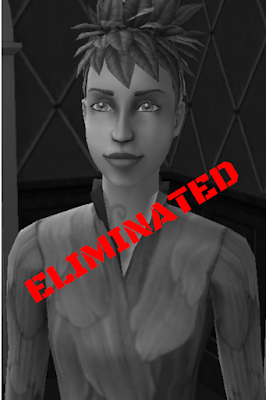 And with that, we're down to our final two!

The last group date on our final day of the competition pulls out all the stops. We're treating the trio to a paid lunch at Londoste: the most elite and exclusive restaurant in town. 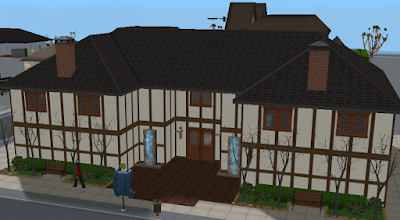 Despite an undoubtedly fierce rivalry, the ladies remain civil as they chat to the bachelor over drinks. 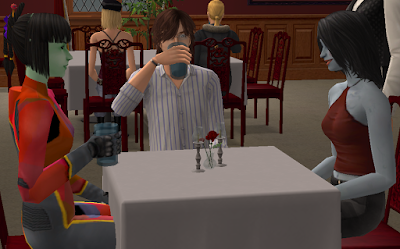 They all certainly have a taste for finer things - or at least, for spending Ms. Producer's money. It's Lobster Thermidor all round as the conversation gets a little flirty. 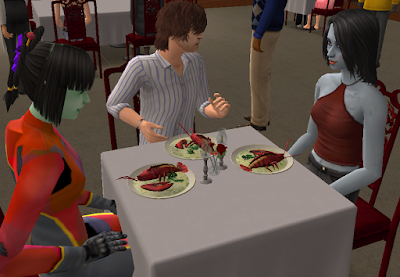 After puddings and payment, the three head back to Monster Mansion for some fun and relaxation in the hot tub. It's the end of a short but stressful competition... but the fact remains that only one of these ladies can court our beloved beastly bachelor.

As a showrunner hands Wesley a towel for his dripping fur and leads him to our hair and makeup caravan, it dawns upon him that the time is nigh. But the identity of the woman joining him for their private romantic dinner at midnight will remain a mystery even to him. 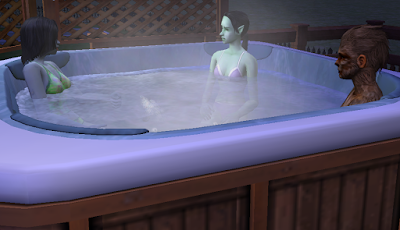 As the clock strikes twelve times, werewolf Wesley - with trimmed fur and clad in a tuxedo - stands on our special Victory Deck, awaiting his creepy Cinderella. The new flashy red sports car belonging to the winner is parked on the driveway waiting for them. 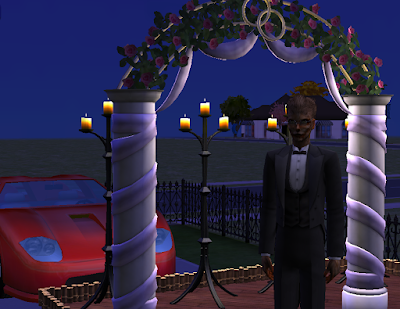 As Wesley focuses on deep calming breaths, his wolf tail wags nervously, trapped as it is under his cummerbund.

Seconds feel like hours. Which woman is it going to be? He simply doesn't know.

Finally, after what feels like an eternity - a door opens.

But who's that beautiful creature stepping through? 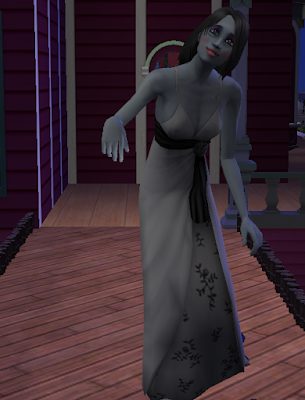 IT'S ZARA! Zara the Zombie is our winner! 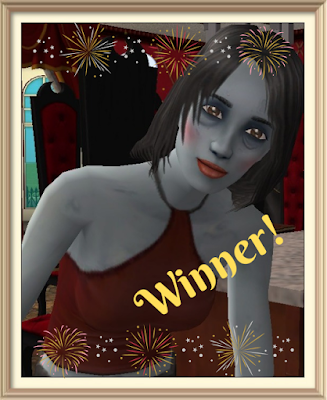 It was extremely close. In the end, it was the long-term relationship bar that made all the difference.

At the other side of the mansion, we see our final shot of Alina as she boards our final Elimination Taxi. She asks us to send her congratulations to the new couple - and most graciously, she calls Zara a "worthy winner". In all honesty, she's not sure which one she's more upset about: losing Wesley, or not being able to salvage the car for UFO parts. 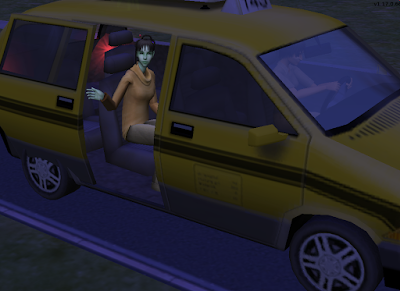 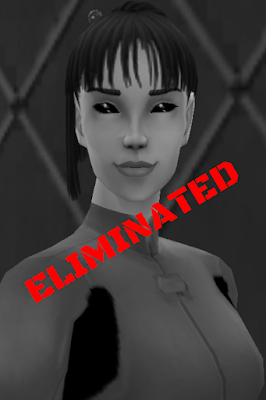 Wesley, meanwhile, is thrilled with the result - as is our overjoyed winner. The two have come to care for one another very much in the last few days.

As Zara shuffles as fast as she possibly can up to the Victory Deck, she doesn't even look at the car. Her eyes are firmly fixed on her man. Wesley rushes towards her, cups her cheek, and nervously offers her a tender kiss.

From that blissful moment onwards, Wesley knows he's found true love. In an instant, he drops down on one knee, and asks Zara to become his bride - which she accepts without hesitation.

Thankfully, we'd anticipated this happy event, and already have a wedding arch set up right here on the Victory Deck. The couple exchanges their vows in the moonlight with our trusty crew as their witnesses - ending Wesley's bachelorhood, and making the pair Mr. and Mrs. Valentine.

In just a few short days, these two have gone from breakfast pastries to wedding cake and champagne. It's a whirlwind werewolf romance! 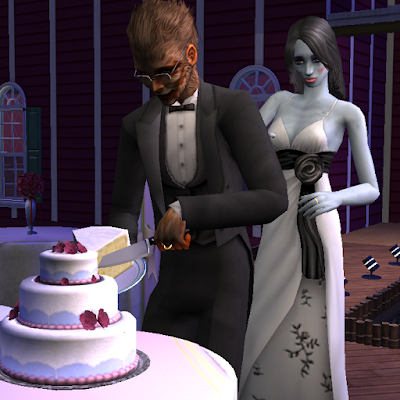 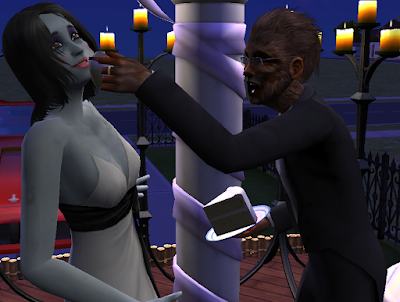 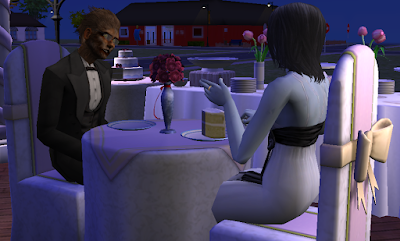 And finally, with sunrise drawing ever nearer, it's time for the pair to retreat to the Honeymoon Suite, for what will hopefully be the first night of many filled with marital bliss. 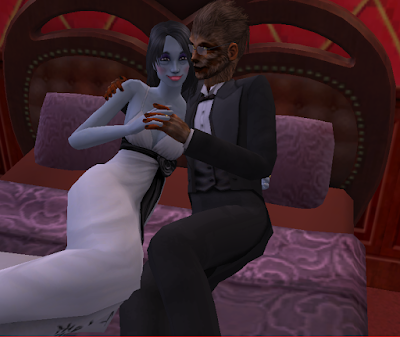 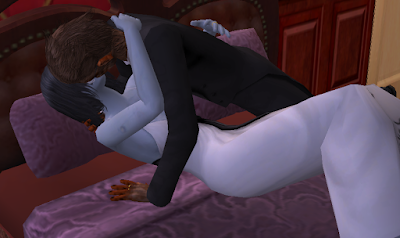 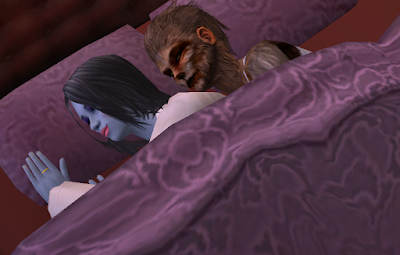 And thus, with these celebratory fireworks, we've reached the end of Beastly Bachelor: My Monstrous Valentine. Thank you all for watching, and may you all live happily ever after! 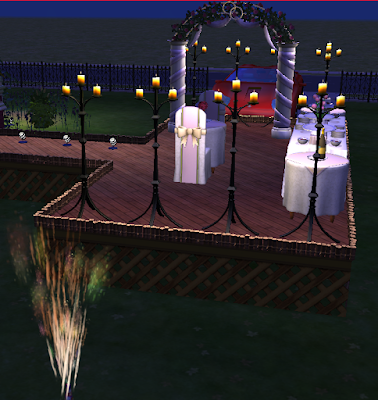