Over at the Old Mausoleum, it's pretty clear Adelaide is going through the terrible twos. Her mother, who is rushed off her feet caring for her two other babies, isn't very pleased when her little angel decides to throw her breakfast on the floor. 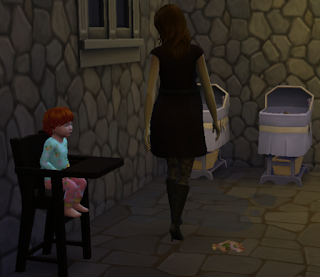 On the plus side, she does seem to be learning fast - paying very close attention during their flashcard sessions. At this rate, she'll be ready for school before Amelia knows it! 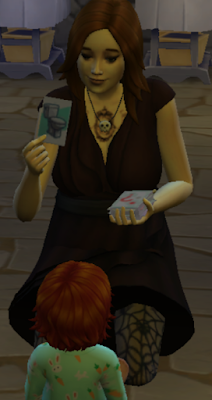 As she whips up another dish of cereal for Adelaide, Amelia sets her down with her blocks to help keep her amused. Once the toddler and her siblings are fed, watered, diapered and just generally happy, it'll be time to call the babysitter as their mummy ventures out in search of future fathers once again. 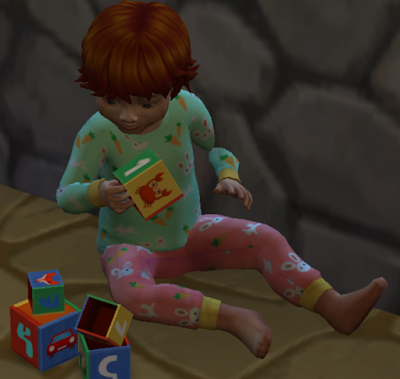 Amelia reaches Willow Creek Park just in time to see Marcus Flex after his morning workout. Our heroine's devotion to develop the Charisma skill seems to have paid off, and she is able to enchant the athlete with a simple introduction. It seems it's not just the exercise that is making his heart race! 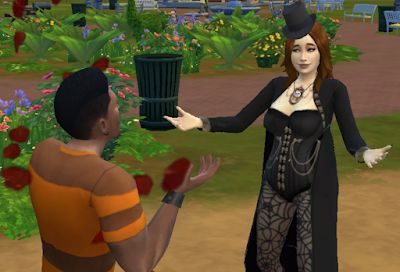 There isn't a great need for words when kisses can do the talking. 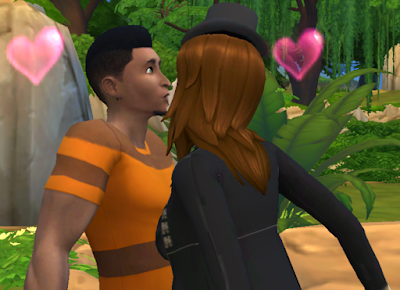 As lust consumes the couple, they decide a bus ride back to Forgotten Hollow is just going to take far too long. Thankfully, there's a rather large and fruitful bush at the back of the park. With a bit of luck, Amelia will be fruitful too... and the pair both dive in, unable to control themselves. 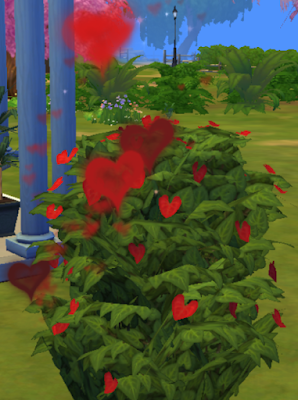 Afterwards, Marcus, having snapped back to reality, creeps back out a little sheepishly - nervous someone may have seen them. Amelia reassures him that this will stay their little secret. She herself has no reservations about what has just occurred. Needs must... she's a woman on a mission, after all. 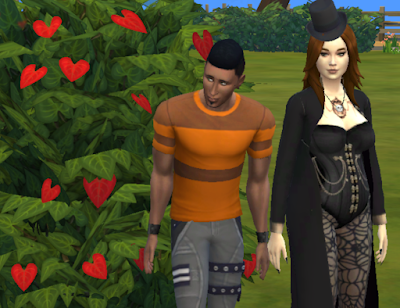 As Marcus jogs off home, Amelia nips into the public restroom to take a test. She leaves the cubicle a happy woman. It appears her scandalous little floral rendezvous was worth it: she is going to be a mother again. 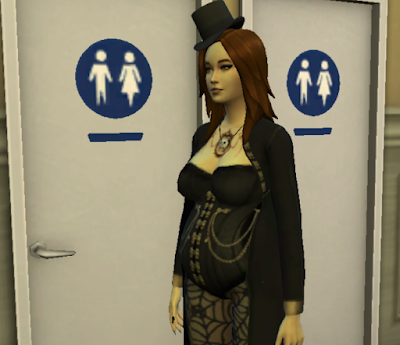 Still, venturing back and forth to Willow Creek time and time again is getting a little tiresome, and Amelia feels guilty after making a babysitter care for her growing number of infants... even if she does tip them well. It would be far easier to simply invite her suitors to visit her at home. Now that her Charisma skills are nearly at their peek, perhaps Amelia can set some sort of... "waiting list"?

For the rest of the morning, that's exactly what she does - seducing various men around the town, walking away with both their hearts and their phone numbers. Her first target is Jacques Villareal, who just happens to enter the restroom as Amelia is leaving. He's an older fellow, but Amelia isn't too picky about that. 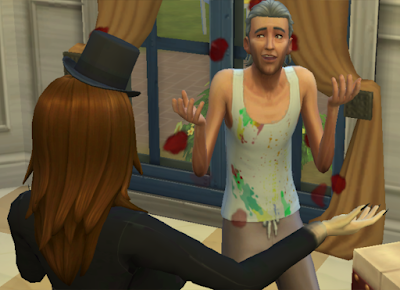 After the park, she ventures into the gym - walking in just as a boxing instructor is setting up for his next class. Tongue-tied by Amelia's dazzling entrance and charming introduction, he seems to forget his own name - initially introducing himself as "Kieran", but then claiming he's actually called "Miles".

A bit odd, thinks Amelia, but no matter what his name is, he's a good-looking guy. Besides... I never could resist an Irish accent. 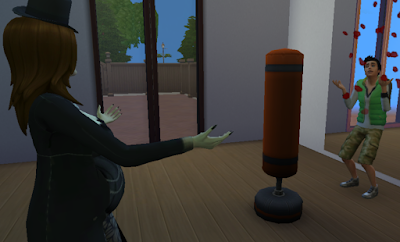 When the students begin to arrive, Amelia wastes no time in making their acquaintance as well. 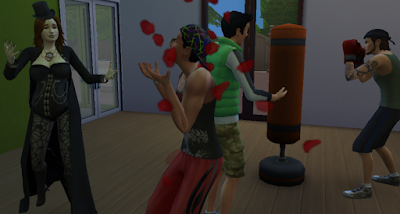 Last stop is the library, where the chess table once again holds promise. Amelia locks eyes with a budding Grandmaster named Bjorn - bowling him over in seconds before she heads off for the bus. 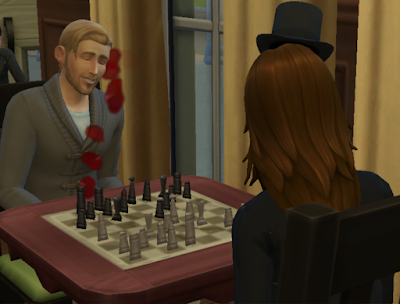 It has been a very productive day.

In stark contrast to her fourth pregnancy, which progresses perfectly, it seems Amelia's little abode is no longer fit for purpose. As weeks and months go by, more and more appliances begin to break down.

The bathroom is a particularly bad culprit... and with Amelia's still-meager painting profits just being enough to pay the bills, and an imminent new arrival to take into account, she can't afford to have the room refurnished, nor hire a repair service.

That's how, at eight months pregnant, Amelia finds herself tucking her eldest daughter into bed for the night... 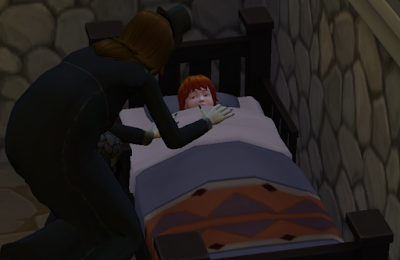 ... before awkwardly crouching over the toilet and sink, spanner in hand: trying as best as she can to fix them. She makes a few mistakes to start with - causing her to get soaked by spraying turrets of water -  but soon starts to figure the whole tricky process out, and somehow bodges the troublesome plumbing back into working order. 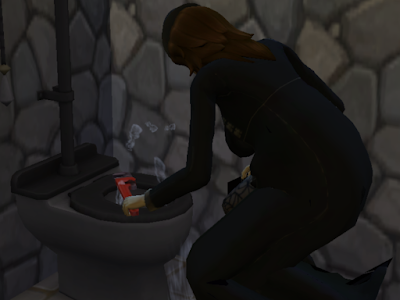 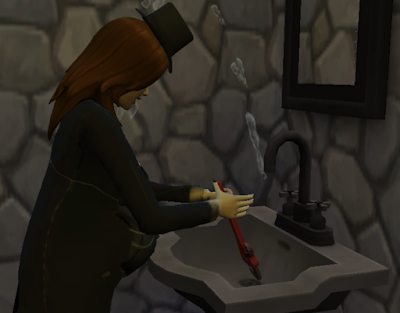 Speaking of bathrooms - the next morning, Adelaide's up bright and early, ready to begin her potty training. She has one or two accidents to start with, but soon seems to get the hang of things... much to her mother's relief. 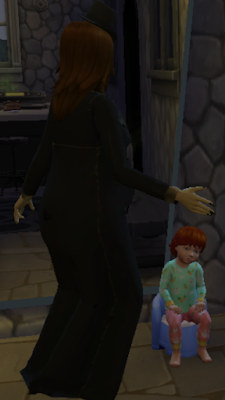 Soon after that, the next little Reaper makes their entrance into the world. Adelaide can't help but get scared when she sees her mummy in so much pain, but Amelia keeps reassuring her that everything is going to be OK. 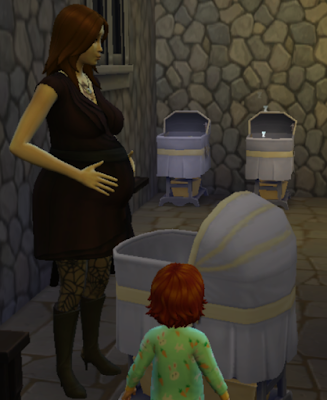 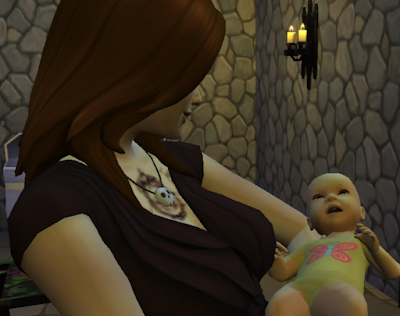 D is for Dahlia, most precious child.

After attending to each of her three younger babies, Amelia tucks Adelaide up in bed, and reads her a story. The toddler listens enraptured - hanging on to every word as her budding imagination conjures up images to accompany them. 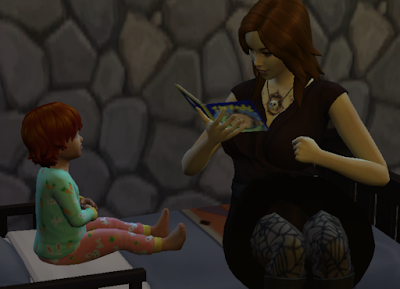 With all of her adorable little ones now safely in the arms of Morpheus, Amelia lounges on the living room sofa - watching TV for a while before deciding she would like some more adult company. Whipping out her mobile, she brings up the number of that Gaelic Adonis she met at the gym... 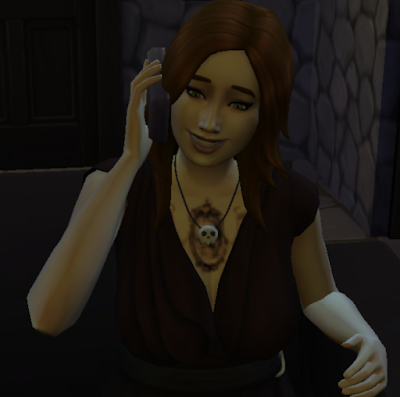 Walking up towards the door of the spooky little shack, the Irishman reminds himself repeatedly to call himself by his codename, "Miles Bandura", rather than his real name, "Kieran Fitzpatrick". He and his partner from LAFTAW ( that's the "Localised Agents Fighting Toughly to Alleviate Wrongdoing") were only sent to Willow Creek in the first place for reconnaissance work: they can't risk being discovered. It would foil their whole mission.

Jaysus, how stupid he'd been - giving a total stranger his birth name whilst he was working undercover at the gym. She could be one of The Great One's evil minions. Not likely perhaps, but still possible. Yet something about this woman had just won him over in an instant. (Which was especially strange, given that she wasn't his usual type.)

As Miles knocks on the door, he is greeted by a grinning Amelia, which immediately sets his pulse racing once more... but as the sound of a baby's wail breaks out, she sighs in frustration and scurries off into a back room.

Intrigued, Miles follows her - and is taken aback when he discovers that the large chamber is a nursery, occupied by three infants and a toddler. 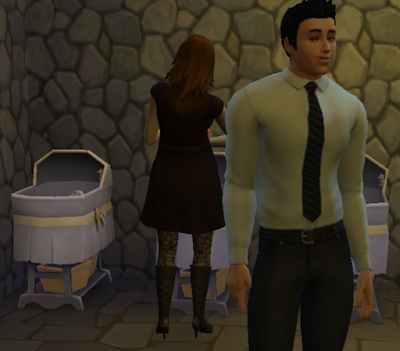 Upon noticing that Miles has followed her in, Amelia panics - terrified that the sight of her several children will scare off her newest suitor. Imagine, then, the way her heart soared as Miles simply smiled warmly at her, and then, when little Clara started crying herself, approached her cradle to calm her down as the baby's mother attended to her younger sister.

(As it turns out, growing up in Galway, Miles was the third of five children. He's been in this kind of situation before. It doesn't faze him - especially when he's gone on to regularly put his life on the line during secret missions.) 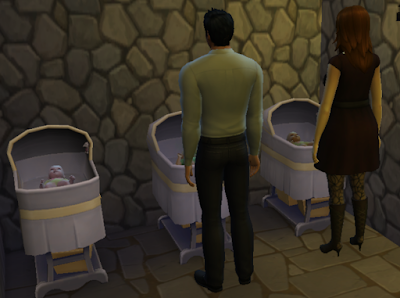 Amelia, greatly touched, thanks her lover with a passionate kiss. 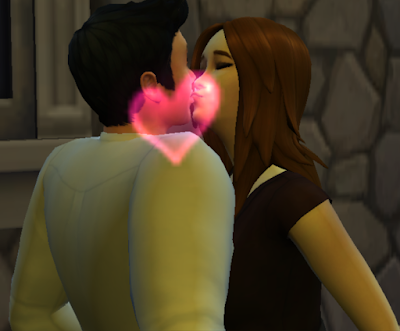 From there, things quickly move towards the bedroom. 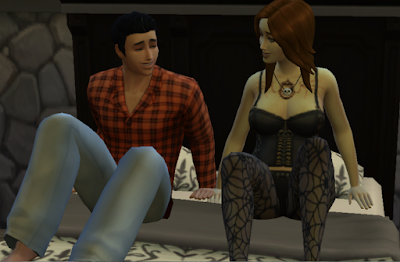 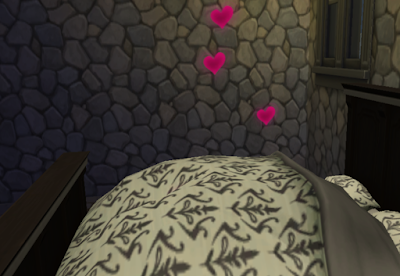 As he starts to relax after the "big event", Miles suddenly receives a phone call. It's from his partner: evil minion activity has been reported near Oasis Springs, and the Chief wants both of them there, pronto.

Leaping out of her bed, Miles scrambles back into his clothes hurriedly, startling Amelia. Seeing the sad look in her eyes, Miles apologises to her profusely - saying only that he is needed on "very urgent business", and that he must go. Now fully dressed, he dashes off into the night - ready to save the world once again.

At first, Amelia is put out by this rather sudden exit. First this guy can't decide what this name is, and now this. He's definitely a strange one. But then, after she's gone into the bathroom to take her now-regular pregnancy test, her concern subsides.

Her new Irish friend has done his duty. A fifth Livingstone child is on the way.

In the months that follow, it's the same old story for Amelia: woken up each day by cries at 5am, being kept up until the early hours as she struggles to get things done, somehow creating and selling paintings in between parenting duties. It's tricky enough having one toddler to chase around, but before she knows it, it's time to celebrate Benjamin's birthday. 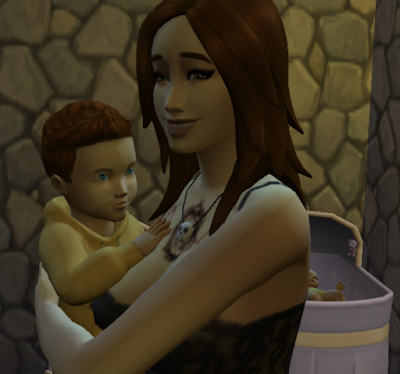 Still, the good thing about having two toddlers is at least they can keep one another distracted, and thankfully, Adelaide and Benjamin seem to get along swimmingly - happily playing together for hours at a time, giving their mother the chance to get some paintings done. 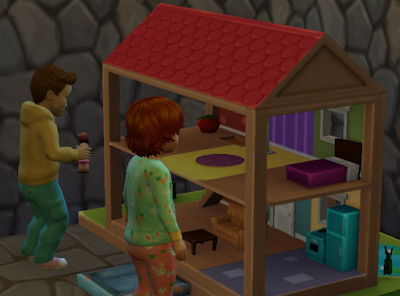 Sadly, this can't last for long. Little Adelaide is growing up, too. She's getting a bit big for potties and pacifiers. Soon enough, her own birthday comes to pass, and she's ready to start school. 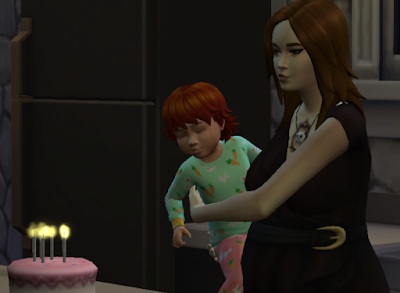 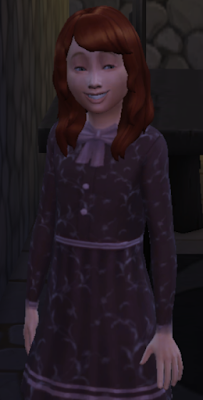 Watching her first-born board the school bus for the first time, Amelia waves proudly from the front door, wiping away a tear. Once Adelaide is safely on the way to her first day in the world of education, Amelia phones the babysitter - they're on first-name terms by now - and grabs her handbag and purse, getting ready for a trip to the supermarket.

Little does she know that, on the way back, she'll be rather rudely introduced to her neighbours...

Miles Bandura is a character from my script series Evil Minions Union.
Posted by Little-Red-Hat at 12:44