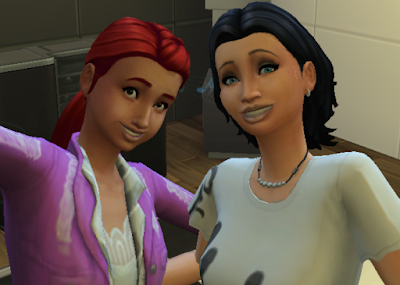 Josie and Morgan posed for a selfie as rock music blasted out from the speakers of the living room stereo. Around them, their schoolmates swayed and shuffled to the beat. 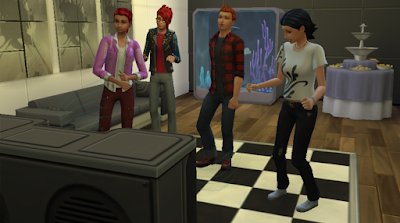 As the rhythm seized Morgan, that deep love of music inherited from her father led her to break out into elegant, perfectly-timed movements. As she spun herself around, lost in the layers of sound, she was suddenly brought back down to earth by a loud cry coming from behind her. 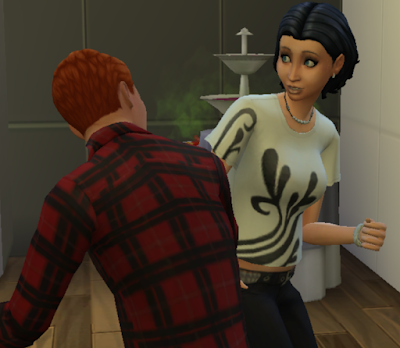 Freezing in shock, Morgan looked up at the figure she had bumped into. He was a tall, pale young man, with ginger hair, and a stunning smile - which beamed at her as he collected himself. 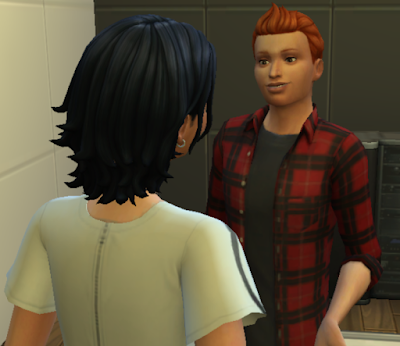 As Morgan threw her mind back, she made the realisation, and grinned.

"That's right. What was yours again?"

As Liam offered his hand in a jovial gesture, Morgan shook it - laughing.

Liam led the way to a cream-coloured sofa against the wall - taking a seat, and beckoning for Morgan to join him. She did, and within moments, the pair were talking away, as if they had been doing so for many years.

As Liam complemented her appearance, sweet-talking her non-stop, Morgan began to grow very interested in the handsome young man she had found herself sat beside. 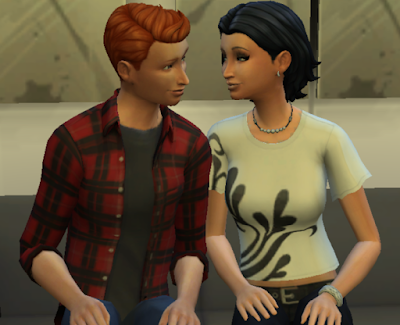 Her interest turned to nervousness, however, when Liam suddenly yawned, outstretched his arm, and brought it to rest on her shoulder. 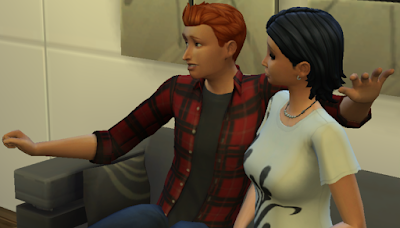 "Hey," he whispered. "Once the party's over, do you want to hit a few clubs with me?"

Smiling politely, Morgan shrugged him off - moving his arm back towards his own lap. 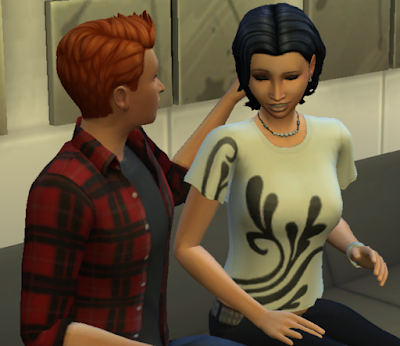 "Oh, come on, honey," Liam rasped, reaching for her again. "Don't be like that."

Annoyed this time, Morgan sharply shoved him away. 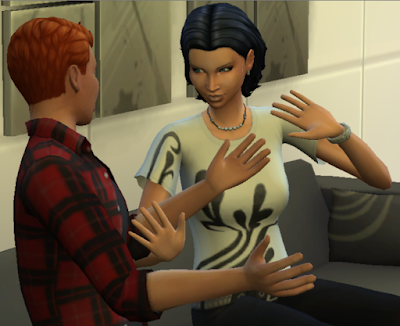 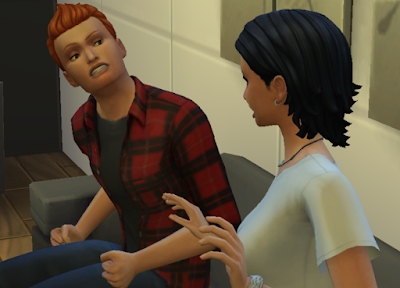 "You f****ing tease!" he scoffed. "You can't go flirting with me and then chicken out like that! Wait 'til I tell everyone at school what you're really like, you frigid cow!" 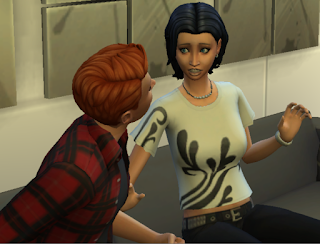 Morgan's eyes widened in horror as she absorbed this chilling words. As Liam lunged for her once more, she screamed and pushed him off the sofa onto the hard wooden floor.

As she jumped to her feet, trying to get away, Liam, clambering to his knees, seized her by the waist, and within moments, the pair were embroiled in a violent fight - Morgan desperate to defend herself. 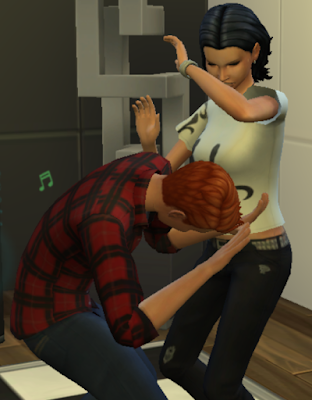 Seconds after she first saw the commotion, Josie came rushing over.

"She started it!" Liam cried in protest. "Getting me all worked up, and then backing out - the little w***e!"

Grabbing his wrist, Josie yanked Liam up onto his feet, and then slapped him sharply across the face. 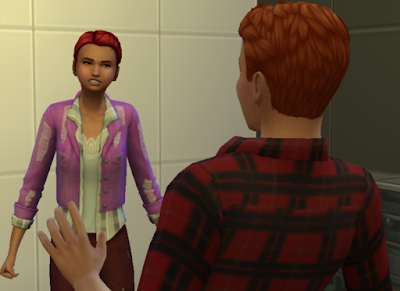 "She owes you nothing, you pervert!" she barked. "Now get the hell out of here, or I'm calling the police!"

Rubbing his stinging cheek, Liam let out a low hiss, and stormed out.

Morgan was trembling in shock. Once she heard the slam of the front door denoting Liam's departure, Josie rushed up to her, placing her hands on her shoulders to steady and support her. 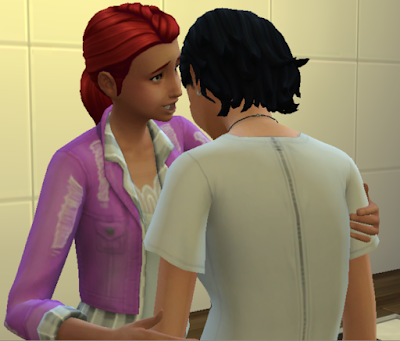 "I'll call your folks," she said kindly. "Don't worry. I'll make sure that pr**k doesn't bother you any more."

As he crept back upstairs from the kitchen after getting himself a breakfast pastry, Mally hovered outside of Morgan's bedroom as he heard the raised voice of their father. 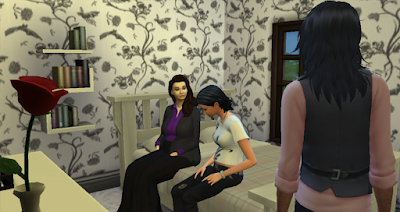 "That little bastard!" Max muttered. "When I get my hands on him, I'll be hanging his balls from the tour bus rear view mirror!"

Odd, Mally thought. Usually Morgan stays over at Josie's when she goes around. By the sound of it, something happened last night. Something very bad.

As he looked up, he saw Jackdory poking his head around his own bedroom door. Without saying a word, he gestured for the invisible friend to join him - and he did so swiftly.

"I still think we should call the police," Max went on.

"Don't make him madder than he already is!" Morgan begged. "He said he was going to spread rumours about me!"

"Honey, you did nothing wrong," Max insisted. "On the contrary - you were completely right to defend yourself like that. And don't worry about rumours. Look at the crap the journos have written about me over the years. Yes, I've had my problems, but I'm better now - they just won't let it go. Your granddad Marlon, God rest his soul, had harsh words with more than one of them in his office back in the day. And trust me... if that little sod tries anything, he'll have my lawyers to deal with."

"But nothing," Laura told her, firmly but politely. "Remember - you are a Miskin. You come from a proud family with noble origins. Nothing that idiot could say should make you forget that, and we will not tolerate such things. Always hold your head up high."

"I just thank God Josie called us," Max sighed. "She's a smart girl. I wouldn't have wanted you to be away from us when you were in such a state, as responsible as she is. She's a good friend, Morgan. Keep her close."

As Laura and Max left the room, Morgan spotted Mally through the open door, still stood there in the corridor. Jackdory, of course, was hidden from her eyes.

"Come to gloat, have you?" she hissed.

"Gloat?" asked Mally, stunned. "What about?"

Sighing, Morgan invited Mally to enter with a sweep of her hand. (Jackdory followed.)

"Because," she told him sadly, "you were right. I shouldn't have gone to that party. If I hadn't, none of this would have happened."

"What exactly did happen?"

"It was Liam... from my Chemistry class."

"The redhead in the football team?"

"That's the one. He tried to... touch me. When I said "no", he called me a bunch of names and tried to grab me. Then he said he'd spread rumours about me through the whole school."

As Mally gasped, a look of anger streaked across Jackdory's face. He clasped his hands together to stop them from shaking.

Then, in an apologetic tone, he added:

"No," Morgan said swiftly. "Don't blame yourself. This isn't your fault." 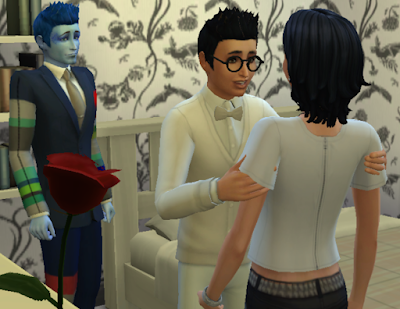 "And it's not yours, either," Mally replied. "Don't worry. We'll get him back for this. I promise."

For once, Morgan didn't question this... and simply smiled. 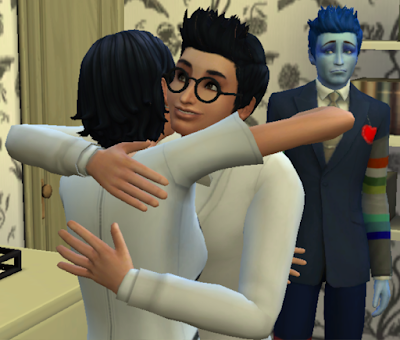 "Thanks, Mally," she said, embracing him. "You're the best brother ever."

Releasing her, Mally headed back to his own bedroom: mischief on his mind.

Morgan, now believing herself to be alone, felt herself breaking down into tears - the shock of what had occured the night before now fully washing over her. Throwing herself onto the bed, she covered herself up with her duvet, weeping into her pillow in anguish.

As Jackdory stood beside the bed, watching her cry, he found himself stifling his own sobs. It utterly broke his heart to see Morgan in so such pain. She may have no longer acknowledged his existence, but he still cared for her as deeply as he had in their early childhood.

He would never have treated her the way this despicable "Liam" had.

And, oh... how he longed to comfort her now. 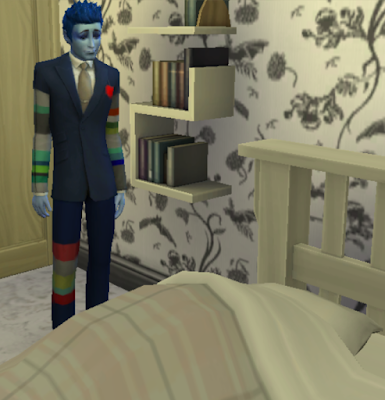 Morgan made no response. Her mind was far too busy coping with shock to even contemplate believed in a figure it had longed deemed imaginary.

"Well... even if you can't see me," Jackdory went on, "I'll still be here for you. And I swear to you - I'll never let anybody else hurt you like that as*h**e did. Never again."

Turning, he left the bedroom: the door moving half an inch as he walked through it, his movement somehow sensed by the air around him.

Hearing a creak, Morgan raised her head for a moment, curious... but seeing nothing, quickly reburied herself in the bedsheets.

As Jackdory re-entered Mally's room, the young genius was once again partaking in his favourite activity: doing research on the computer. This time, it appeared to be a series of chemical equations.

Sighing, Jackdory lay back on Mally's bed, staring at the ceiling in silence as he contemplated various things. Finally, after five minutes, as Mally continued to pound away at the keyboard, he spoke. 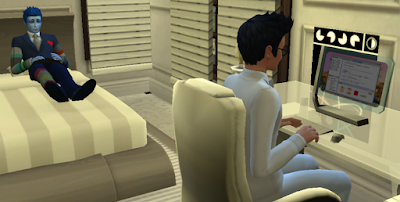 Intrigued, Mally turned to him.

"After you've gone to uni," Jackdory said, "and got all of your fancy science degrees..."

"I want you to find a way to make me human."

Mally stared at him. 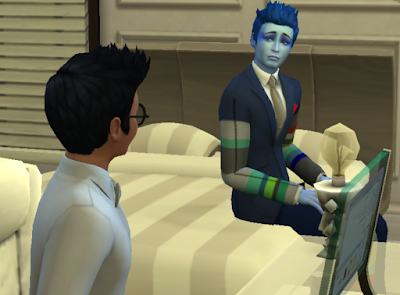 "Because... I want to be seen," Jackdory explained, sitting up. "To be acknowledged. I want to have the chance to truly live - to have the same opportunities that everyone else has. To get an education. To find a job."

He hung his head, embarrassed. Thankfully, Mally didn't know exactly who he had in mind.

"I know it's a lot to ask," Jackdory added, "but it really would mean everything to me. So, please... will you do it? One day?"

"Thanks," Jackdory told him. "You really are my best friend."

The blue-skinned figure smiled back at the wannabe scientist.

To have hope was a really nice feeling.

Even his joy at seeing Liam soil himself in the school cafeteria that Monday - after Mally slipped a newly-created laxative potion into his drink - still came a close second.
Posted by Little-Red-Hat at 10:24