The Munchkin Legacy - Generation One, Part One: The Dating Game

As he idly sipped his coffee one Monday morning, Titus’ mind was lost in memories of the day before. He and his son, Alaric, had spent the afternoon introducing themselves to their new neighbours. The final stop of the day had been the Munch household… a friendly lady named Mila, and her three sons - Gunther, Wolfgang and Lucas.


Titus figured that Lucas was around Alaric’s age, and indeed, the two boys had made some pleasant small-talk during their visit. Titus, meanwhile, had chatted away to Mila as she had served them tea and biscuits. She had been kind to him… very kind. Willing to listen to the stories of his travels, whilst also talking about her daily life. Before Titus had knew it, three hours had passed. It had felt like nothing to him.

He’d bid her farewell with some reluctance.

True, she was an older woman, but it had to be said, she was rather good-looking…

Perhaps he could call around again…

“Dad, the toast is burning!”

Alaric’s frantic cries snapped Titus out of his reminiscing, and he rushed to the toaster to pop out the smoking, smouldering bread slices - dropping them onto the counter, and damn near burning his fingers in the process. 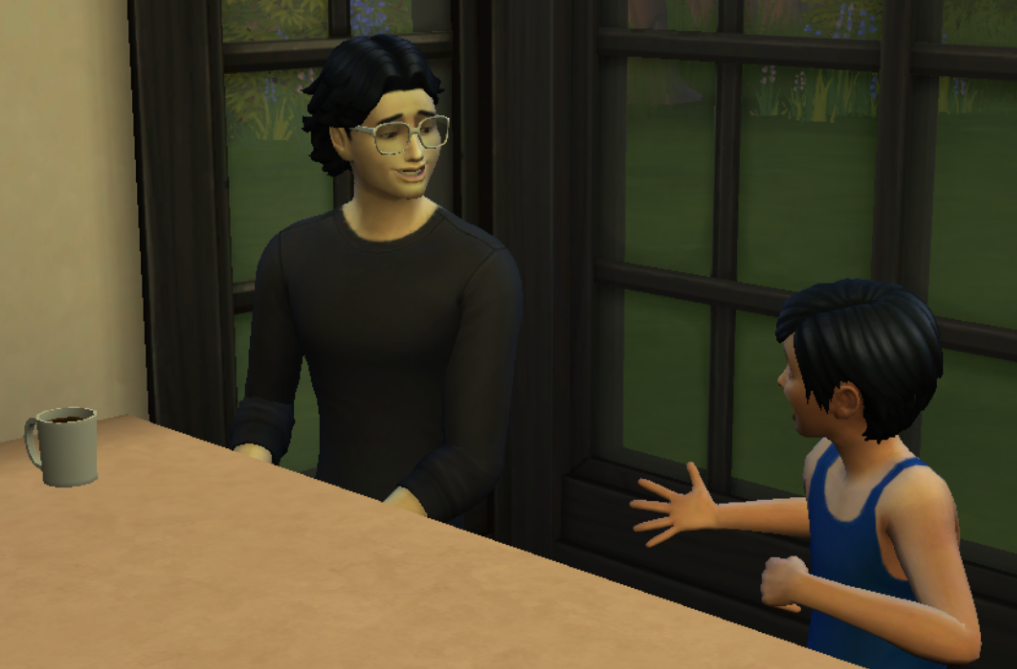 “Well, they’re neither use nor ornament now,” Titus muttered.

“I did try to tell you,” Alaric told him. “But you didn’t listen. It’s like you were somewhere else.”

“I was just… contemplating something, that’s all,” Titus replied. “I apologise. Shall I put in some fresh slices?”

“No thanks, I’ll just have cereal,” Alaric answered, heading to the cupboard for a bowl. “The school bus will be here soon, anyway.”

“Indeed. Promise me you’ll be good on your first day.”

As Alaric hastily hunted out some cornflakes and milk, Titus picked up his mug of coffee and headed into the living room, switching on the TV, and settling down on the sofa to watch it. It was some sort of showbiz gossip show, but at this hour of the morning, that didn’t really matter to Titus - it was just something silly to occupy his time for a while. He took little notice of it… until a rather eye-grabbing story flashed up on the screen. 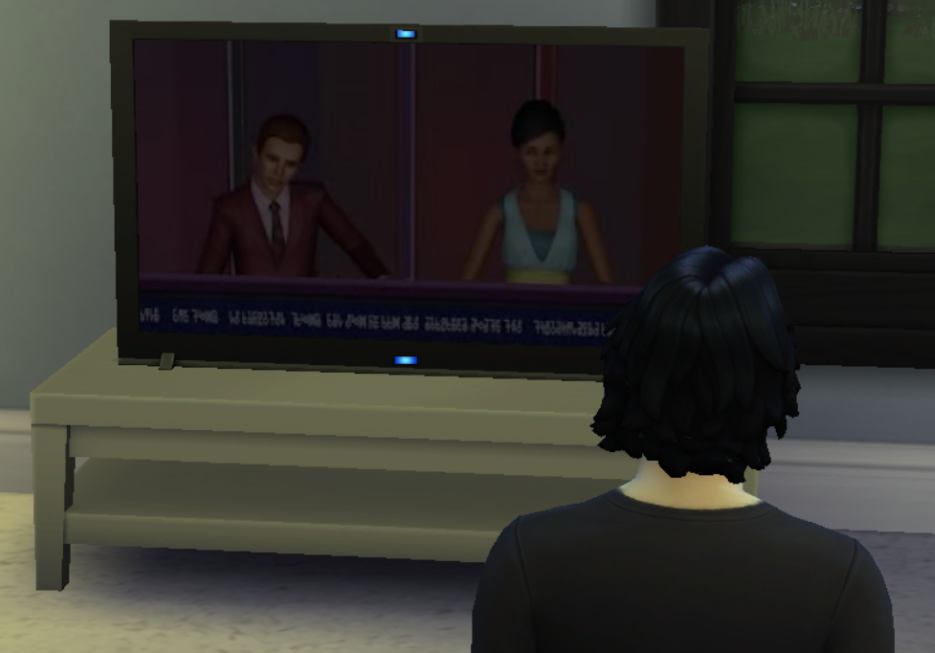 “And today, in our “Lords and Ladies” report, we have exclusive coverage of the wedding of Willow Creek’s former most eligible bachelor, Lord Ronan Miskin, and his new bride, Lady Amy Chesterton. Lord Miskin, whose net worth is rumoured to be in the millions, married the daughter of the famous media tycoon in a lavish ceremony at the family home last Friday, having courted since they were introduced to one another at a ball three years ago. Several high-class people and celebrities were on the guest list, including - “

Titus switched it off, sharply. So, his brother had gotten married. He was probably feeling pretty pleased with himself. This was the first he’d heard about it… but then again, he’d done his best to stay under the family’s radar ever since his moonlight escape. An invitation was never going to be on the cards. Besides, even if he had gone, his mother would have probably pushed him in the direction of the bride’s younger sister, or some other mindless living doll whose only ambition was to land herself a rich husband. All in all, he was glad to be free of that life. If, indeed, he ever was to marry, it would be for love, not duty.

As he heard the sound of a honking horn outside, Titus saw Alaric rushing towards the front door - his school satchel over his shoulder.

With that, the front door slammed shut.

At the grocery store, Titus browsed the aisles in search of milk, bread and other sundries. In his old life, servants had always done the shopping for him. As such, he wasn’t too familiar with the layouts and processes of the everyday supermarket. Still, if he took his time, he was sure he’d find everything he and Alaric needed.

As he navigated the maze of fruit and vegetables, Titus’ eye was drawn to the display stand in the corner. It hosted a range of freshly cut flowers: wrapped and arranged in all sorts of combinations. One of the most eye-catching pieces was a single red rose - a slender pink ribbon tied around its stem in a bow.

Titus picked up the rose, examining it gently. He wasn’t massively into flowers himself, but… well, Mila really had been kind to him and Alaric yesterday. The other houses in the neighbourhood hadn’t really given them the time of day, but she’d invited them in and played the perfect hostess, as if they were old friends. Perhaps he should offer her a token of his gratitude?

Smiling, Titus put the rose in his shopping trolley, and then moved along.

Later that evening, Titus approached the Munch house, knocking on the door eagerly. When he received no response, he tried again… and continued to be met by silence.

“What are you doing here?” a voice barked rudely.

Titus turned around. Stood on the driveway behind him was Wolfgang - Mila’s teenage son - looking at him in an most unimpressed fashion. 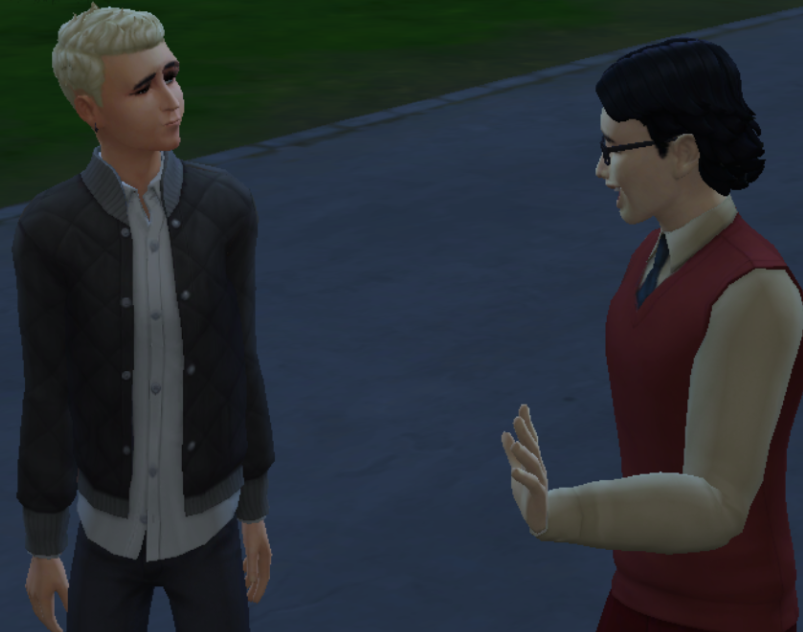 “Oh - hello there,” Titus said brightly. “I… I was hoping to have a chat with your mother. Is she around?”

Titus swallowed nervously - desperate not to be intimidated by this rebellious youth.

“I… I was just going to thank her for her hospitality yesterday,” he explained. “But, if she’s not in, I can - “

“Nah, it’s OK,” Wolfgang said, relenting. “She’s at work right now, but she’ll be back soon. Go in if you want. You can wait for her there.”

About twenty minutes later, a tired and exhausted Mila arrived home from her shift. She’d had a rough day, and wasn’t in the mood for any mischief from her boys. It took her by surprise, then, to see that her visitor from yesterday had decided to pay her another visit.

“Oh, call me Titus, please,” the young man responded. “Don’t worry, I shan’t stay long - I just wanted to give you this, as a token of thanks for your warm welcome yesterday.”

Smiling, he handed her the ribbon-wrapped rose. Mila, delighted by the gift, chuckled, and took it from him appreciatively. 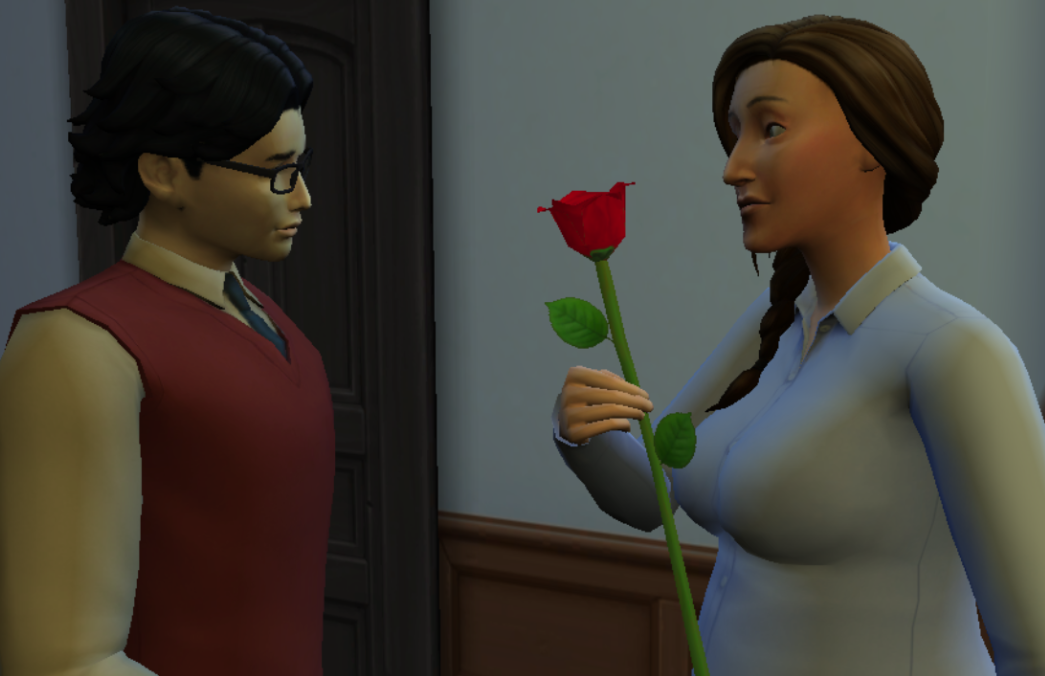 “You shouldn’t have!” she said, flattered. “Thank you very much!”

“My pleasure,” Titus said. “I simply felt that I should repay your kindness.”

At this point, he paused for a moment - as if he was hesitating.

“In fact,” he added, after a while, “I was wondering if… perhaps… you’d care to join me for a coffee sometime? I’ve heard good things about this little café - The Hare and Hedgehog. I’d be honoured if you’d allow me to buy you a drink there.”

Mila looked at Titus, considering his offer carefully. She was almost old enough to be his mother, but yet… he had this maturity about him, an understanding of the world, whilst maintaining a youthful optimism and joy. His manners were impeccable, and he was well-spoken and well-educated. Undeniably, he had class… not to mention a certain charm.

Besides, he was only suggesting going for a coffee. An innocent enough outing. She hadn’t really gone out much since she’d finished things with Garrick - she’d been so busy with work and looking after the boys. It would be a nice treat for her.

“I’d love to,” she replied. “Would Friday evening be good for you?”

“Capital,” Titus told her. “I shall see you then.” 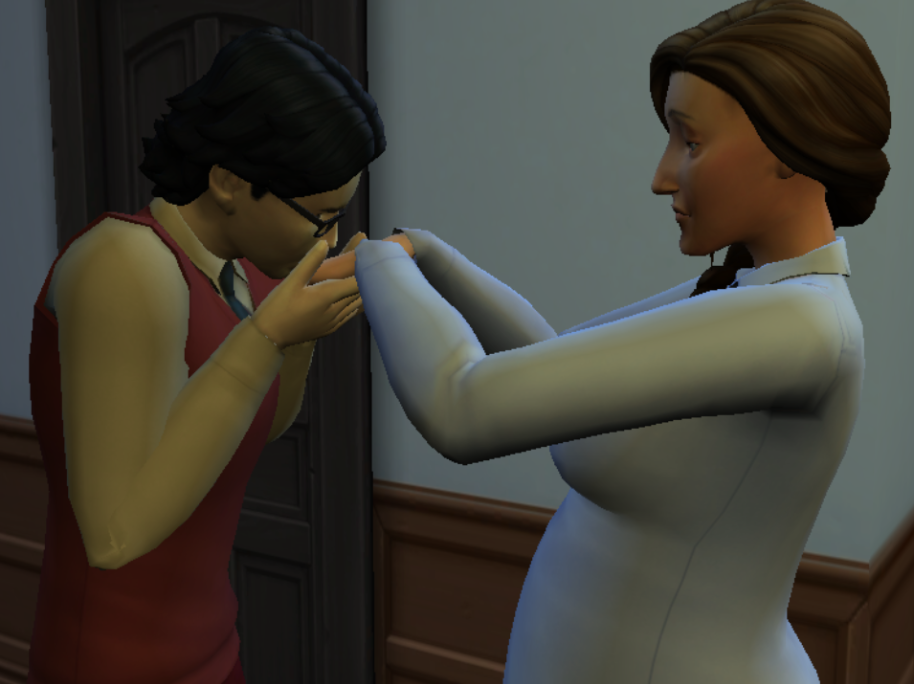 Gently, Titus took hold of Mila’s hand, raising it to his lips to give it a gentlemanly kiss: not lustfully or forcefully, but gracefully and politely. As Mila’s face flooded pink, Titus raised his hand in a goodbye gesture, and headed out of the door.
_______________

To Titus, the wait until Friday felt like an eternity. He was very keen to get to know his new friend better. Being in a new place meant he treasured what little company he had - and he was especially eager to be in Ms. Munch's company.

However, the day eventually came, and after Mila had finished work, she dolled herself up, instructed Wolfgang to care for his little brother instead of sloping off to see Morgan Fyres, and went to meet Titus at The Hare and Hedgehog.

Over coffee, the pair chatted about their respective lives. Titus revealed he was currently looking for a job in the business sector - perhaps a small role in an office, to start with - whilst Mila modestly discussed her restaurant work... her achievements impressing her companion greatly.

When it came to family, however, the dynamic of their conversation changed. As Mila happily told stories of the next generation of the Munch clan, Titus seemed reluctant to talk about his own heritage. Eventually, Mila got him to disclose that he had been born to a rich household in another city, but Titus staunchly refused to reveal any major details.It occurred to Mila that this might be something of a sore point for him... so, rather than risk spoiling their pleasant evening, she dropped the subject. That said, Titus did praise Mila's ability to raise her three sons alone - sometimes, just dealing with Alaric was enough of a trial for him.

At the end of their rendezvous, Titus asked Mila if he could walk her home. Much to his delight, his acquaintance agreed. As they approached the door of the Munch residence, Mila reached into her handbag for her keys, whilst Titus stood around on the cobbled path.

"I had a wonderful evening with you, Mr. Miskin... I mean, Titus," Mila said, softly.

"And I with you. Perhaps... we could see one another again sometime?"

Taking hold of Titus' arm, Mila pulled him towards herself - and quickly planted a kiss on his cheek. 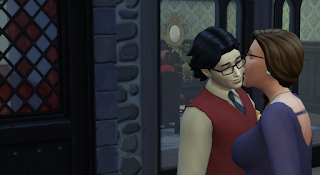 Titus, transformed into a nervous schoolboy, could only nod and grin in response. As Mila headed into the house, he turned on his heel and headed back to his own homestead... feeling as if he was walking on air.
_______________

The next morning, Titus received a delivery. It was the most beautiful gift basket: containing a bottle of wine, a blooming red rose, and a charming card - inside which were written the words: 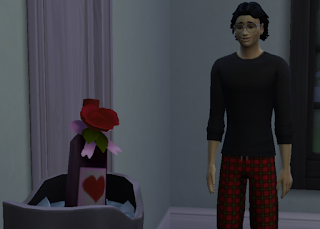 Delighted with the present, Titus proudly placed it on top of the drawers in his bedroom: somewhere where he would see it when he woke up in the morning, and when he fell asleep at night.

Yet, even when the wine had been drunk, and the flower had wilted and gone, Mila remained Titus' first and last thought... as well as being several other thoughts in between.
Posted by Little-Red-Hat at 11:32