One summer morning, Juliet decided to pay a visit to her brother's family. As she approached the humble home constructed by her father, she noticed a thin, long-haired, scruffy-looking young man tending to the plants outside.

"Monty must have hired a gardener," she thought. 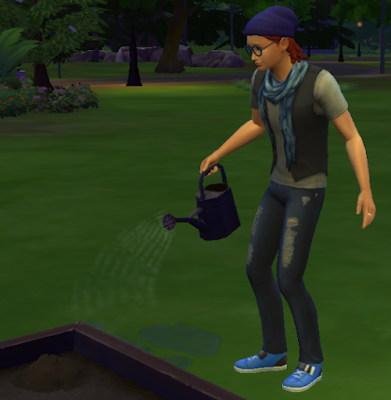 As Juliet knocked on the door, it began to worry her when this figure suddenly looked up, smiled at her, and approached her.

Her fears only grew when this gardener fellow suddenly broke into a run, arms outstretched. Within moments, he'd caught her, and clutched her in a tight embrace. Shrieking, Juliet pushed him away... much to the man's confusion.

"Hey! What was that for?" he protested.

"What the heck do you think you're doing?!" Juliet snapped.

The figure looked back at her, puzzled.

Surely not! The Mordecai she remembered had always been such a sensible, well-dressed boy. Granted, it had been quite a while since she had seen him last, but this person before her was unrecognisable.

"Of course it's me!" Mordecai answered. "Why else would I have come running up to you?"

Juliet thought about this, casting an eye over the man's rough attire.

Ah! Of course! He'd been gardening. Naturally, he'd get changed into ragged clothing for such an activity, to save his suits for best.

Laughing, she threw his arms around him, finally returning his embrace.

"It's OK," he answered. "After all, I'm not exactly what you expected." 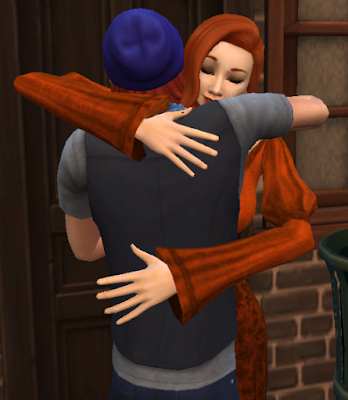 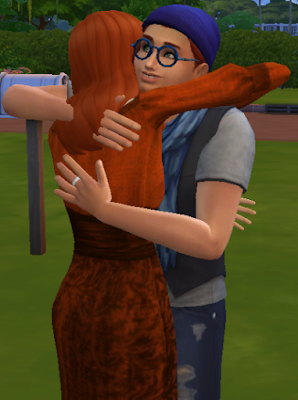 Their reunion was interrupted by a shout from within the house.

It was true that the Mordecai Juliet had known was nothing like the one who now stood before her. As a child, he had been the typical Miskin son - snappy suits, intellectual pursuits, and a shining example to everyone around him: particularly his younger brother. 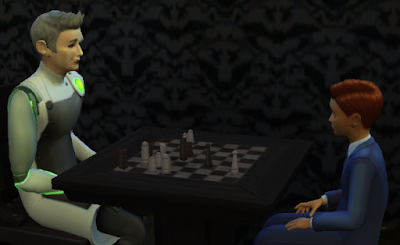 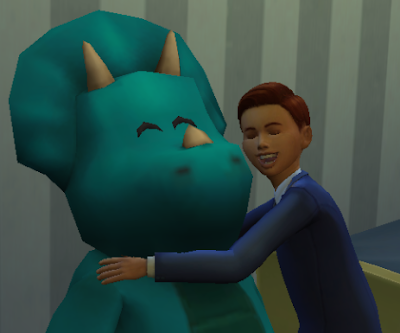 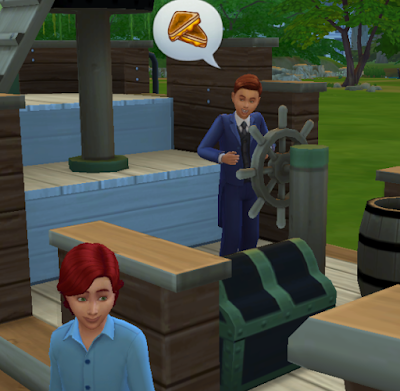 But then something changed all that. 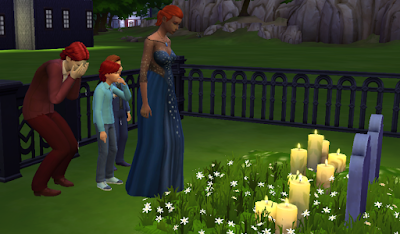 Shortly after his tenth birthday, his beloved grandfather, Myron, passed away. It devastated the whole family. His father had said something strange - something about Myron having been "very lucky to have all the time that he did" - but that did nothing to comfort Mordecai.

It didn't seem fair. Myron had devoted his whole existence to working hard and raising a family - duty, through and through - and now he was gone. Only a brick house and a bloodline remained to prove he'd ever been here.  What sort of life was that for a person to lead? It was the one his father was now leading, too - and the one, he knew, he was expected to lead as well.

Mordecai managed to take comfort in the peaceful moments he spent tending to the flowers on his grandparents' graves. He loved being outside, among nature - a trait he shared with his mother. As he grew up, he began to take care of other plants around the house, and soon became an avid gardener. 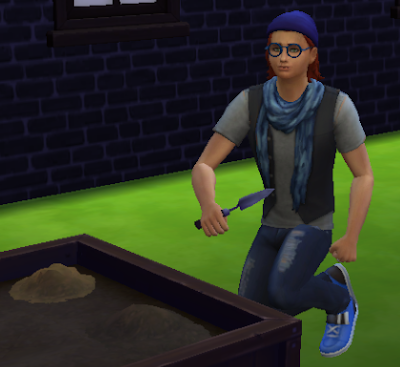 He also loved to explore the glades and caverns around town in the hope of finding rare seeds and precious gems. In fact, he enjoyed it so much, he occasionally skipped school to go on scavenger hunts - much to his father's chagrin. 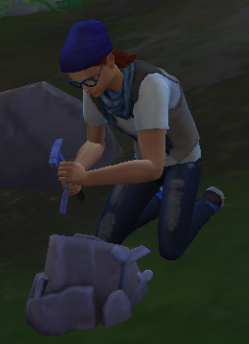 To help himself retain this peaceful state of mind he had discovered, Mordecai also took up wellness activities such as yoga and meditation. He spent so long in relaxed trances that he often forgot more important things - such as chores and homework. 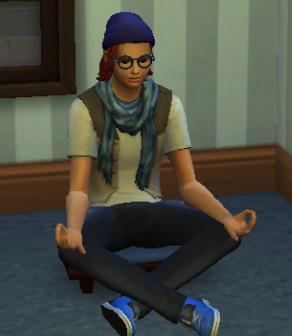 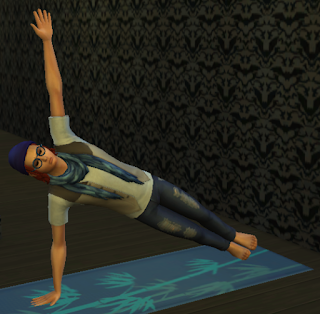 As Rebekah chatted to Juliet in the living room, Montague sat at the kitchen table with his sons as they did their homework. He knew Matthias was a diligent student, and could be trusted to complete the task... but Mordecai was a different story. 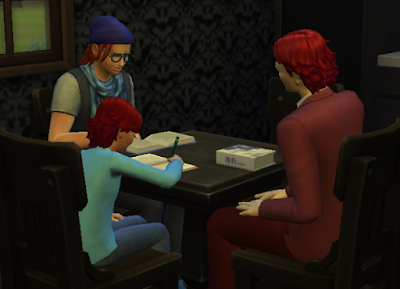 After a few moments, Matthias closed his exercise book.

"Of course you can," Montague told him. "Good work."

As Matthias got up from the table, Mordecai muttered something under his breath.

"What was that?" Montague asked him, pointedly.

"At least your brother puts some effort into his studies," Montague said sharply. "He doesn't waste his life on silly hobbies instead of getting a good education."

"Oh yeah," Mordecai groaned, "because getting great grades has really helped you as a comedian, hasn't it?"

"You need to understand things to joke about them," his father snapped back. "Besides, I work long and hard on those routines... something you know nothing about."

"God!" Mordecai cried. "I'm doing my bloody homework - what more do you want?" 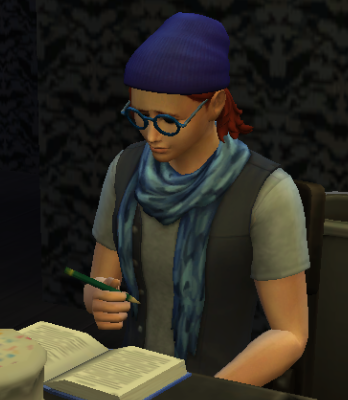 "You never put pressure on Matthias," he wailed to Montague. "Why are you always getting on my back?"

"Because you are my first-born son, and the law says -"

"I never asked to be your heir!"

A dark silence followed. Montague was in shock... how could he have said such a cruel thing? And the horrified expression on Mordecai's face made it clear that his words had wounded him.

It was too little, too late. Mordecai ran out of the room, refusing to listen - and desperate to hide his tears from his father. Now alone at the table, Montague sighed, and placed his head in his hands.

His son was slowly slipping away from him. And it was all his fault.

He just knew that, somewhere... the Grim Reaper was cackling at him.
Posted by Little-Red-Hat at 11:52