Myron is starting to get used to life beyond Miskin Manor. He's even cooking for himself! (Granted, there's plenty of room for improvement...) 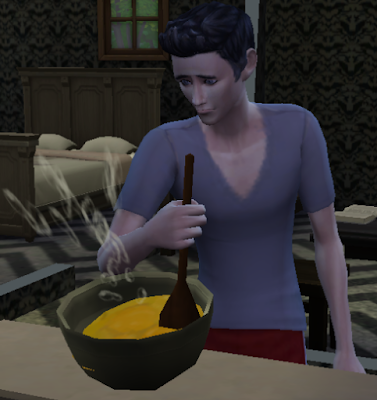 With a tummy full of scrambled eggs, he's ready to begin work on this third goal - starting a family. Being a bookish fellow, he decides to pay a visit to the local library. After browsing the paperbacks, he manages to strike up a chat with a female patron - Katrina Caliente. 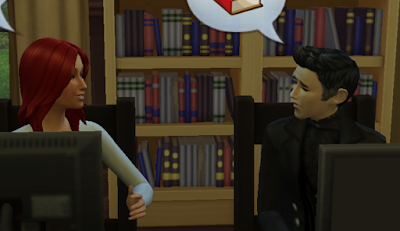 The two hit it off right away, and it turns out that they're both Family-Oriented. That's a good sign for Myron!

Over the next few days, once he's finished his shift at work, Myron invites Katrina to visit him at his house.

They have dinner together, which gives Myron a chance to practise his cooking... 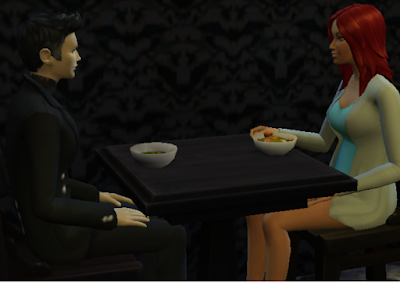 And, as is customary when you're trying to impress someone, he makes a complete fool of himself from time to time. Usually this involves saying the wrong thing or telling a bad joke, but on one particular occasion, he messes up spectactularly by staying up a little bit too late... 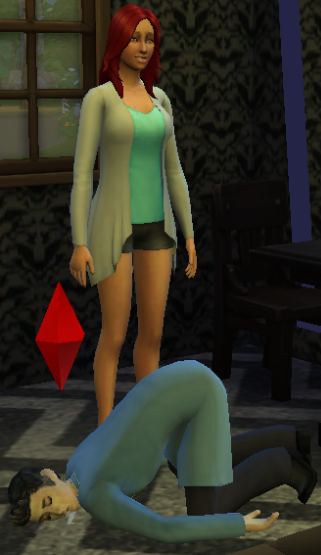 However, despite these little setbacks, meeting Katrina has an incredibly positive effect on Myron. He begins to move out of mourning, and becomes generally happier and more focused - so much so, in fact, that he gets promoted at work!

Plus, it seems Katrina, on the whole, is likewise enjoying her time with Myron. She has the occasional angry moment, probably due to her Hot-Headed trait... but still, it soon becomes apparent that the two have deep feelings for one another. In what is probably the whirlwind romance of the century, only a few hours pass before the couple not only become engaged, but are married! 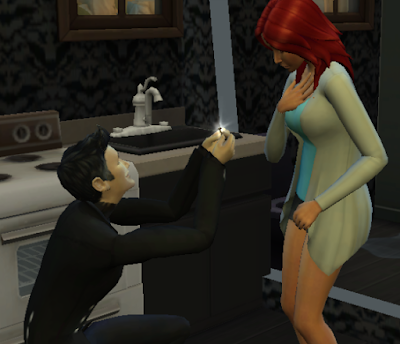 Once she is wedded to a man of noble birth, Katrina decides to have a makeover to reflect her rise in status - donning a beautiful red dress and ruby necklace... a wedding gift from her new husband. 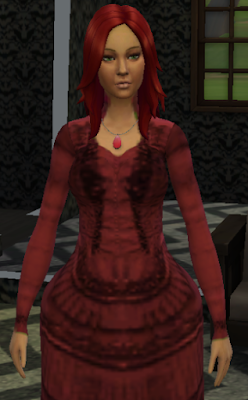 And thus, we have our first generation spouse... Katrina Caliente Miskin!
Posted by Little-Red-Hat at 11:53