Tales of the Uncompleted - #1: The Mortan-Murdacs

Hello! Welcome to my new series, "Tales of the Uncompleted"!

Occasionally, I'll create a new Sim family or legacy, and then, unfortunately, and for various reasons, never really do anything with them. However, in most cases, a few screenshots and pictures from gameplay are still somewhere on my computer.

Therefore, this series will highlight a few of my creations whose stories were abandoned, broken off, or simply forgotten on the way - allowing them to finally have their moment in the spotlight.

This first installment presents a "Sims 3" creation: the Mortan-Murdacs...


Audric Mortan-Murdac was a sorcerer in the Medieval era, whose unnatural abilities included being able to summon items, to travel through time, and to resurrect the dead. . With his flame-red hair, ghostly-pale skin, fang-like teeth and claw-like fingernails, several people believed that he was the son of a demon. When it was discovered that Audric meddled in the "dark arts", he rapidly fell out of favour with the townspeople, and was exiled. Forced out of his home, Audric took shelter in a small shack deep in the forest.

At the age of 35, Audric travelled back to Ancient Egypt - arriving shortly after the death and mummification of one "Princess Meryetamun", who had died in her thirtieth year. After hearing mourners discuss the Princess' great beauty and loving heart, as well as her strong devotion to the gods Anubis and Osiris, Audric decided to break into Meryetamun's tomb, resurrect her, and bring her back with him to his woodland abode - to act as a companion and friend to him following his lonely exile from society.

He was successful in this plan, and Meryetamun indeed prove to be a wonderful companion for Audric. In fact, as the weeks and months went by, the sorcerer and the princess fell in love, and married one another in a private ritual. 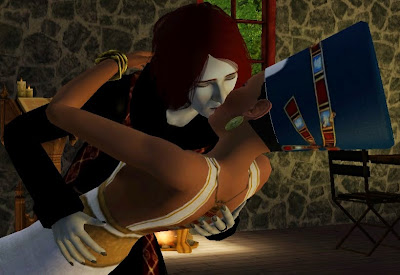 Meryetamun soon became pregnant, and later gave birth to a daughter, Maven. Unfortunately, the townspeople discovered Audric's hiding place, and outraged at his continuation to use "ungodly magic", they burned the shack to the ground. Audric managed to escape the fire with his young daughter, but sadly, Meryetamun became trapped in the blaze... with fatal consequences.

With his wife's body destroyed by the flames, Audric was unable to resurrect her a second time, and so, the couple's daughter was the only thing that remained of Audric and Meryetamun's love. Audric, fearing for his daughter's safety, decided to travel with her into the distant future, and took up residence in an old cave, which he converted into a comfortable home using his summoning skills.

As Maven grew up, it became apparent that she not only shared her father's features... 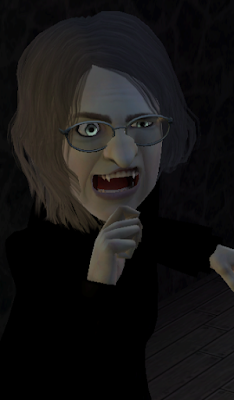 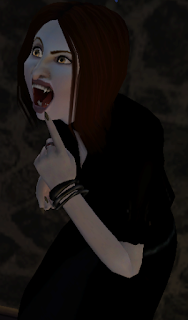 ... but also his abilities. 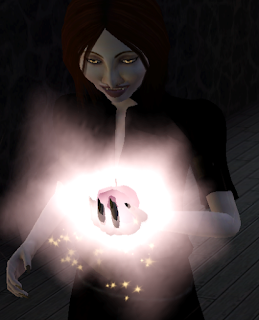 Not wanting to upset his daughter, Audric didn't tell Maven about her mother until her sixteenth birthday - when he considered her old and sensible enough to know the truth. Learning about her mother's regal identity and her tragic death was shocking to Maven, and brought back many painful memories for Audric. 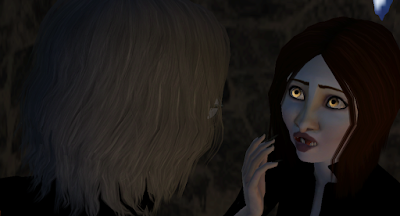 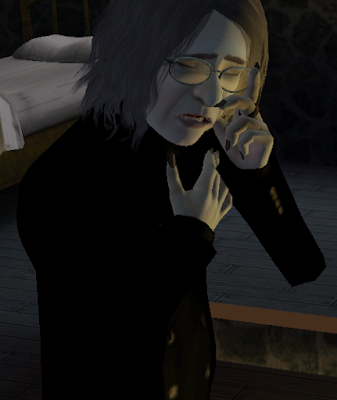 However, his daughter was there to comfort him, and she had gained a newfound appreciation for the struggles her father had faced in raising her alone. 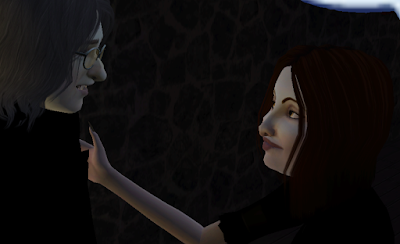 As Audric was now in his twilight years, and nearing his own death, Maven made two promises that day: to become a mighty and powerful sorceress, and to care for her father until he joined his beloved Meryetamun in the afterlife.