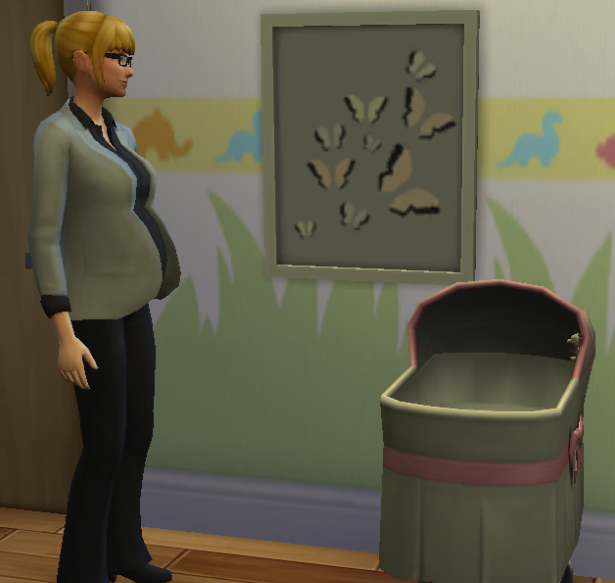 "Baby brother," two-year-old Michael said, pointing to his Earth mother's large baby bump. He couldn't say very much yet, but those two words had been leaving his mouth a lot recently.

Both of his parents started to laugh.

"Baby brother," he insisted, then he toddled away to his toy box.

Katerina sighed as her husband approached her. 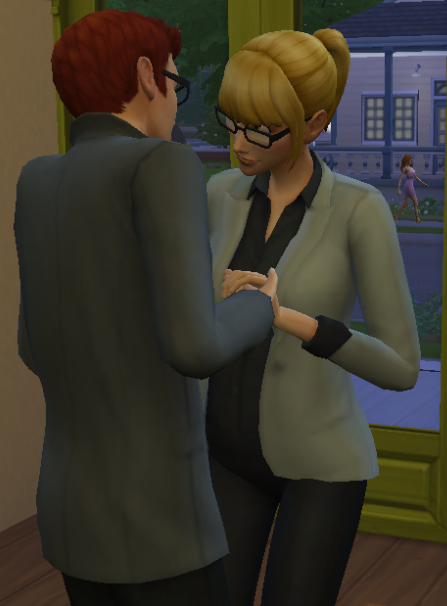 "Poor boy," she whispered. "I do hope he's not too disappointed when little Anja arrives." The name was one she had chosen herself - she wanted her new daughter to be proud of her Russian heritage.

"He'll love her all the same," he told her. "Michael's such a smart, sensible boy already - he's going to be a great big brother. And who knows? Maybe one day, he will get his wish."

Katerina smiled, as Gabriel gently placed his hands on her bump.

"Let's see how we manage with two first," she replied. 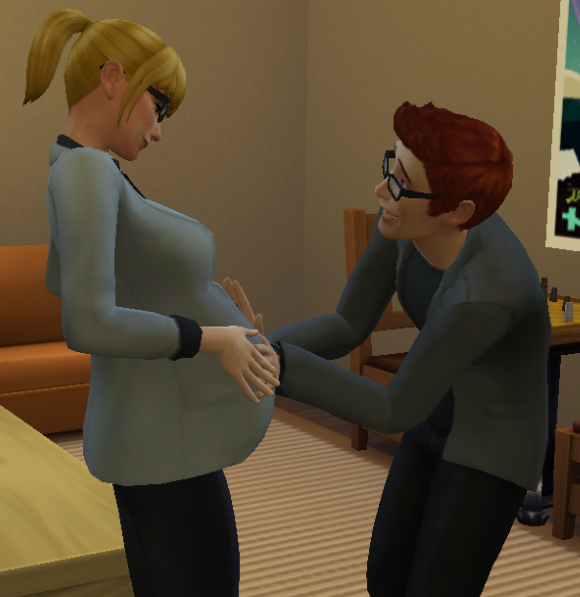 Soon enough, the special day arrived. Gabriel was cooking dinner in the kitchen late one evening, when a loud scream pierced the air.

Quick as a flash, Gabriel rushed to the source of the noise - the children's bedroom. He found Katerina there, hunched over their newly-bought bassinet, gasping for breath.

"I'll call an ambulance!" he cried.

"No," Katerina groaned, shaking her head. "It won't arrive in time. This baby's coming fast. She'll be born any second now." 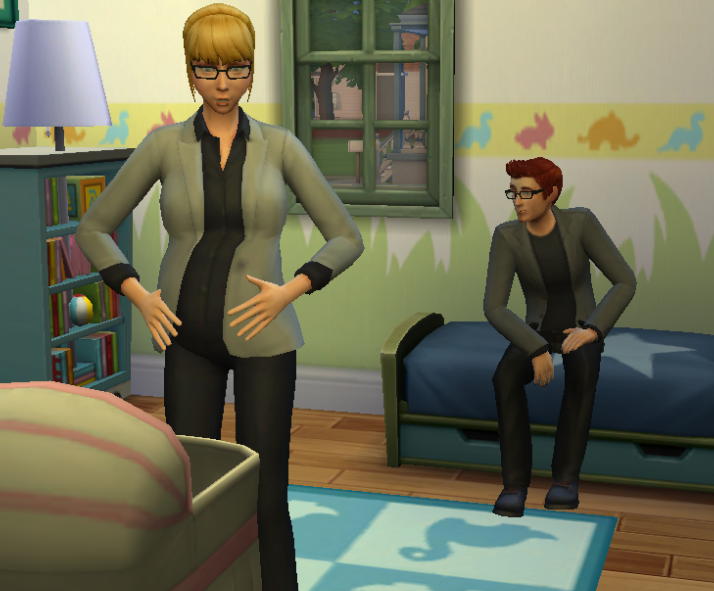 Michael, sat in the living room playpen, tried to look at one of his favorite books, but he found himself unable to concentrate. Instead, his eyes kept glancing towards his bedroom door.

His parents had been in there a long time. Somebody was crying out in pain. Was his mother hurt? Or his father? What was going on?

Soon, a second cry joined the first. It was a strange sound - a voice he had not heard before. Using his little pointed ears as best as he could, he listened to the cry very carefully...but that did nothing to clear up his confusion.

A few moments later, his father emerged from the room. At first, Michael was relieved to see him, and stretched out his arms for a hug, but then, he noticed something. His father was smiling, but he was crying, too. Michael knew that a smile meant "happy" and crying meant "sad"... so why was his father doing both?

Gabriel scooped Michael up into his arms, cuddling him closely.

"Son," he said, "There's somebody very special I'd like you to meet."

As Gabriel carried Michael into his bedroom, the toddler's eyes fell onto a little bundle that his mother was holding in her arms.

At once, Michael understood, and shouted happily. 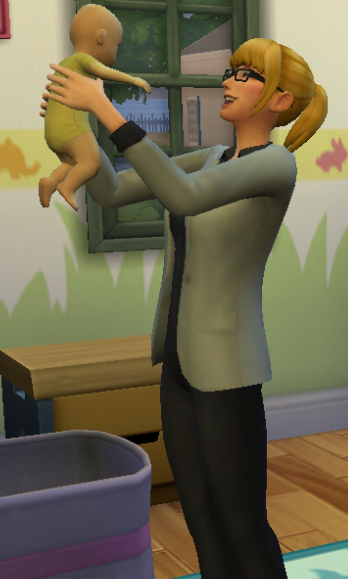 Whilst they were both extremely happy that their baby was here and healthy, Gabriel and Katerina were still a little shocked to discover that their new addition was a boy, and not a girl. Regardless of that fact, they still utterly adored him. After all, if they could love a baby of a different species, a baby of a different gender to the one they'd been expecting was a walk in the park.

"Michael was right," Katerina said, smiling. "Maybe we should listen to him more in the future. I wonder how he knew?"

As Gabriel looked at his new son, he had to admit that the pink baby bassinet the child was sleeping in now seemed to be a bit of an ill-advised purchase. He picked up the little one carefully, treasuring this moment as he had done once before - holding his child for the very first time. 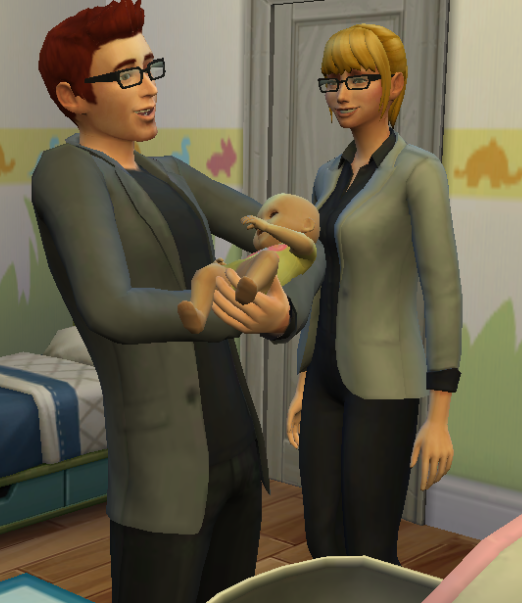 "I'd still like him to have a Russian name," Katerina replied.

Katerina stayed silent for a while, mulling the name over carefully in her head. Then, she nodded.

"Quite fitting, too," Gabriel told her, "given that space is where he was -"

Katerina shushed him. She nodded towards little Yuri, and then to Michael, who was sat on the floor happily saying the words "baby brother" over and over again.

"Not in front of the children!" she told her husband, and then she laughed.
Posted by Little-Red-Hat at 00:27